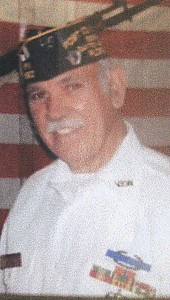 Burke Juneau of Daytona Beach, Florida died Thursday, June 11, 2015 at the age of 78. He was a resident of Pike County for many years. He had worked for Wiley Sanders Security prior to retiring to Florida. Burke was liked by many Pike Countians and left behind many friends.

Mr. Juneau served 22 years in the army and was  hero in so many ways. He was a Special Forces veteran and had many memories that stayed with him throughout the years. Burke had suffered a lot of health issues die to the Vietnam War era but carried them with honor. He gave up a lot in his life so that his family could have quality in their lives. We all talk about heros in our lives and Burke was definitely the one in our family. We can not imagine what he truly went through in his march for us to enjoy freedom. Burke would touch on stories that were enlightening on his duty but the underlying steps in which he pursued is relished in his mind and heart for safe keeping. He was a tall man in stature but a giant in our lives. To meet him and speak with him was an honor. He would capture you with his piercing eyes and gentleness of his voice. For now, we must believe he has joined the many warriors God placed in our lives for earthly protection and remember how much he will truly be missed.