‘We made it!’: Charles Henderson High School held its commencement ceremony for the class of 2015 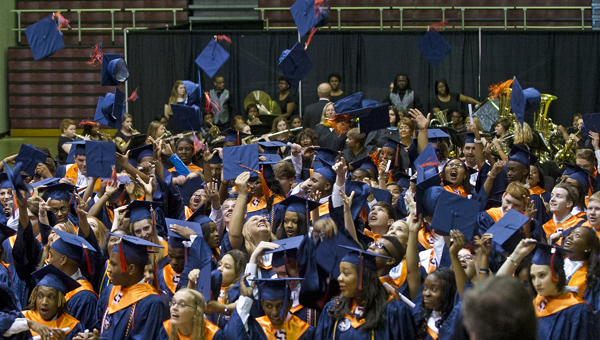 After poems, songs, quotes and endless amounts of cheers and applause, the Charles Henderson High School Class of 2015 has made it. They are high school graduates.

“This is a truly outstanding graduating class,” said Dr. Boyd English, CHHS principal. “We look forward to great things in years to come.”

As the graduates sat anxiously in their seats waiting to step into the next part of their lives, they listened to parting words from their Salutatorian, Sean Alvarez, and their Valedictorian, Lizzie Orlofsky.

“We made it!” Alvarez exclaimed as soon as he began his speech. The graduates and the audience laughed along with Alvarez as he recapped silly memories from younger days in middle and elementary school. 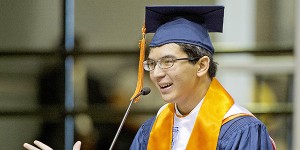 “If we look back because we don’t have anything to look forward to, that’s a problem,” he said. He encouraged his classmates to cherish the memories they have made together, but to continue on making even better ones.

Orlofsky made sure to recognize Demario Harris, a student who died at the beginning of the school year, saddened because he was unable to walk with them in the ceremony. The students even wore buttons on their robes in honor of Harris.

“Whether it was the best day or worst day, it was great to be a Trojan,” she said.

No matter how many times the principal or anyone asked attendees to not shout or to hold their applause, families and friends could not contain their excitement when the graduates walked across the stage to get their tickets to the future. 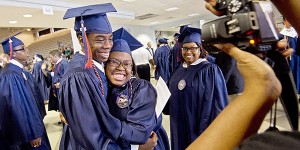 Graduates and their families could not believe this day had finally come and 12 years of work had culminated to this final day of high school.

“It’s exciting, but it is nerve-wracking just to see where I’m going to go next in life,” said Christina Edenfield about graduating.

“I cried the whole time,” said Deborah Alton, Broderway’s grandmother. “I had tears just pouring. I am so proud of her.”

As the students walk into their future, they will always be a CHHS Trojan and represent their alma mater with pride.