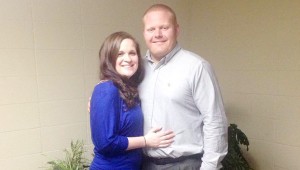 Joanna Hughes married Jacob Park on May 2 at Calvary Baptist Church in Wetumpka at 5 p.m.

Lewis and Pam Hughes of Wetumpka announce the marriage of their daughter Joanna Hughes to Jacob Park, son of John and Mischelle Park or Wetumpka.

The bride-elect is the granddaughter of the late Robert Quincey and Betty Carter and Charles and Barbara Hughes.

Miss Hughes is a 2006 graduate of Elmore County High School.

The future groom is the grandson of James and Patricia Gardner and Foye Gene Park.

Mr. Park is a 2008 graduate of Wetumpka High School.

The wedding was at 5 p.m. on May 2 at Calvary Baptist Church in Wetumpka.