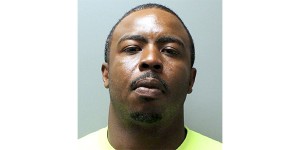 Two years after being indicted, a Pike County man was arrested this week for drug trafficking.

Demetrius Tucker, 37, had gone to the Troy Municipal Court Amnesty Day on Wednesday to resolve outstanding misdemeanor charges. “He came on pretense for misdemeanor warnings, when got done they were able to serve the warrant on him,” said Lt. Bryan Weed, public information officer for Troy Police.

The Amnesty Day offered individuals with outstanding misdemeanor warrants the opportunity to come into court, pay their fines and resolve the warrants without paying additional court costs.

“Officers responded to the 200 block of U.S. 231 North in reference to the smell of marijuana,” Weed said. “Officers made contact with Tucker at that location and found him to be in possession of more than 2.2 pounds of marijuana. The case was presented to a grand jury and he was indicted with a $50,000 bond.”

Weed said the warrant for Tucker’s arrest had been obtained and signed well before Tucker had come in to the municipal court.

“A warrant was obtained and signed for the arrest of Tucker, but they hadn’t been able to serve the warrant until he came in Wednesday.”