Arts in danger of budget cuts 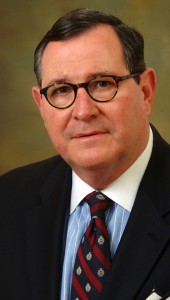 Gov. Robert Bentley has submitted a budget to the State Legislature that removes all arts funding from the Education Trust Fund and places it in the state’s ailing General Fund.

That proposed move is causing concern among the leaders in the Alabama State Council on the Arts, (ASCA) as well as those in arts organizations across the state.

Al Head, ASCA executive director, said the Alabama State Council on the Arts has been in the Education Trust Fund for 40 years.

“Over those years, we have consistently and successfully made the case about the high priority of the arts in education and in the schools,” Head said. “ASCA awards grants and money for education for grades K-12 and some special projects at universities and higher education.

“Moving ASCA to the General Fund would place us in a position that would be seriously inappropriate and problematic. We need to be moved back where we’ve been for a long time.”

However, Head said moving $187 million in funding to different departments and agencies to the General Fund that is already $200 million in the hole is questionable.

“It is no secret that our legislators have no appetite for new taxes. They have just finished election cycles where they promised no new taxes.

“If we were moved to the General Fund, it would be hard to reflect on a scenario that would be positive for ASCA. We would be facing significant issues and problems with the potential results of significantly having to cut funding to schools and educational programs.”

Head said efforts are being made to encourage Legislators to move ASCA back into the Education Trust Fund.

“We need our Legislators to be reminded how much ASCA does for education,” he said. “We are optimistic that our leadership will agree and move us back into the Education Trust Fund. If not, the adverse effects will be felt short term and long term.”

Head said it is important for people to let their voices be heard in support of the arts in education and in daily living.

Sen. Jimmy Holley may be contacted at jill.stallworth@alsenate.gov. Rep. Alan Boothe may be reached at dianne.harper@alhouse.gov.