THE BOYS ARE BACK: The Vienna Boys Choir returns to Troy to perform at Troy University as part of their six-week tour of the United States and Canada 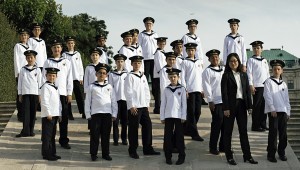 The Vienna Boys Choir will perform in Troy tonight as part of their six-week tour in the United States and Canada. They will be in concert in Claudia Crosby Theater at Troy University.

Ruth Walker, president of the sponsoring Troy Arts Council, said the opportunity to bring the Vienna Boys Choir back to the Claudia Crosby Theater was one the TAC could not pass up.

“The Vienna Boys Choir is world famous,” Walker said. “The choir was extremely well received when it was in Troy a several years ago. We are excited to again have this rather rare opportunity.

“The Vienna Boys Choir is on a six-week tour in the United States and Canada. The tour began on February 17 and will be completed at the end of March. There will be 21 concerts in Alabama, California, New Mexico, Texas, Arkansas, Mississippi, Ohio, Tennessee, and Pennsylvania. The choir will also have six performances in Ontario.”

“The Vienna Boys Choir is divided into four touring choirs of 25 boys each,” she said. “The choirs are of equal standing. The tours, appearances in Vienna and recording projects are shared among the four choirs.”

The choirs are named after famous Austrian composers associated with the choir’s history — Bruckner, Haydn, Mozart and Schubert. The choir coming to Troy is Haydnchoir. “Although the choir still performs much of the Austrian composers’ music, the program they will perform in Troy includes a mix of music,” Walker said. “The first part of the program will feature songs from 500 years of spiritual music. The program will include familiar gospel songs, ‘Amazing Grace’ and ‘Oh, What a Beautiful City.

“Following intermission, the choir will take the audience on a musical journey through the world, from Vienna to Hollywood.”

Walker said the musical journey will feature international folk songs including “I Bought Me a Cat from Old American” and a song from the Tyrol about the alpine cattle drive in spring.

“The program also includes three songs from ‘The Sound of Music’ – ‘The Hills are Alive with the Sound of Music,’ ‘Do-Re-Mi’ and ‘Edelweiss,’” Walker said. “Another very familiar song on the program is ‘Singing in the Rain.’”

The Vienna Boys Choir will have CDs for sale for those who would like to continue enjoying the music of this internationally acclaimed boys’ choir.

“Having the Vienna Boys Choir back in Troy is exciting,” Walker said. “We don’t know when we’ll have this opportunity again so we encourage those who enjoy beautiful music to join us for this very special concert.”

The Vienna Boys Choir will be in concert at 7 o’clock tonight at the Claudia Crosby Theater on the campus of Troy University. Tickets are $20 for adults and $5 for students. Tickets will be available at the door.