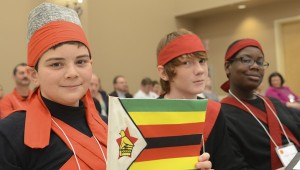 Students not only dressed up in their assigned nations’ traditional costumes, they also spoke in their countries’ native languages to introduce their delegations during the roll call of nation, which was a 30-second welcome after the assembly opening.

The introduction was followed by translation and a brief presentation of the issues the students would discus for their nation.

“I think this program is a great experience for young teenagers because it helps with our oral presentation kill and our researching skill,” said Ingrid Lieb, a student from Charles Henderson Middle School whose team represented Jordan in the event.

“I think it would be better for each delegation to have at least one person who is experienced in (Model United Nations) assembly to give us a better understanding of what to expect.”

In their committee meetings, students conducted presentations and debates on their resolutions. In order to prepare for questions and answers in the debates, they had to research their assigned country and its position in global issues.

Each delegation brought up issues relevant and instrumental to the development of their nation. The proposed resolutions involved a variety of global concerns, including human trafficking and sexual abuse.

Lieb said her team’s resolution regarded the issue of water shortage in Jordan.

“We chose water shortage as our topic of resolution because it is the main problem in Jordan,” she said. “It is highly affecting people in the country. And with the high number of refugees coming in Jordan, the water supply is even more decreasing.”

According to Terry White, program development specialist for the Southeast Alabama Regional Inservice Center at Troy University, the purpose of the assembly is to raise awareness of international affairs among regional students and to improve their skills.

The participating students in the assembly also made the flags for their nations and informative display boards with details, photos and other illustrations about their countries.

On the second day of the event, students are taking part in Bloc Nations Meetings, which are divided into African, Asian, European, and Latin American and Island delegations.

They are also participating in the Security Council, handing a mock world crisis. Students have to handle the issue on the global scale, working together to decide upon the most beneficial resolution for the crisis. 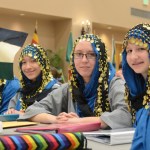 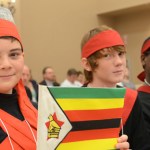 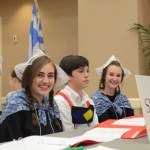 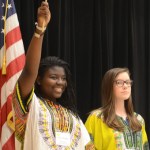 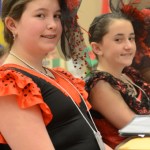