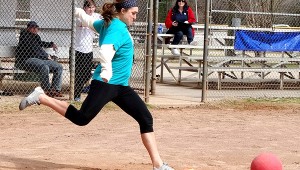 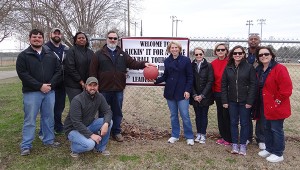 Members of Pike Leadership hold a kickball proudly in front of the tournament sign. 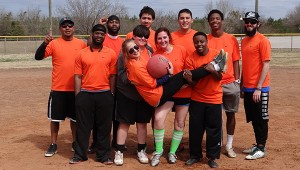 Team Nike traveled from Panama City Beach to play, and they won the tournament. Team Nike received a plaque and received their entry fee back as their prize.

Pike Leadership held a kickball tournament on Saturday, Feb. 28 in efforts to raise scholarship money. Mary Kate Moring, secretary of Pike Leadership, said the class had gone above and beyond their scholarship goal and was pleased with the turnout and local support shown for the event. “Our Leadership Pike Class raised around $5,000 for our scholarship fund, which was well beyond our $4,000 goal,” Moring said. “We had seven teams play on Saturday, including one from Panama City Beach. I think everyone had a lot of fun playing kickball. 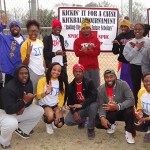 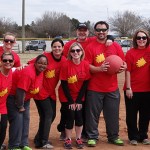 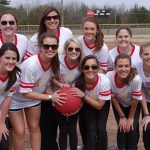 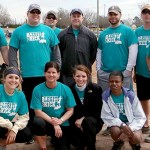 2 Legit 2 Kick was the only team to play in the tournament who also played in the adult kickball league this past fall. They are a team of Troy Church members, but for this tournament they were sponsored by Moseley Industrial Equipment. 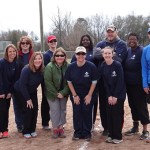