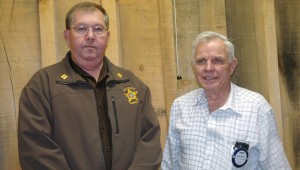 Captain Dennis Riley stood in for Pike County Sheriff Russell Thomas as program guest of Rotarian Homer Homann at the Wednesday meeting of the Brundidge Rotary Club. Thomas was unable to attend and Riley spoke about changing times in law enforcement.

Riley used his wit to bring a unique perspective to the day-to-day duties of the sheriff’s department during changing and trying times.

Rile laughingly said when he went to work for the sheriff’s department, he responded to calls on a first name basis.

“I knew every road by the old road numbers of or the names of the people that lived on them and that’s how I’d know where to go,” he said. “Now we have 911 designations and, that’s good for these young deputies that can rattle them off, but I have to stop and think a minute. Things have changed a lot and most changes are good.”

“Children are interviewed at the CAC in an environment where they feel comfortable opening up and talking,” he said. “That’s so much better than sitting across the table from a deputy in the sheriff’s office.”

Changes in the domestic violence law makes it easier for deputies to take one or the other involved into custody.

“Sometimes, we’d respond to a domestic violence call and couldn’t get a warrant signed,” he said. “We’d leave and in no time we’d be right back.”

Now, the deputies can take a person involved in a domestic violence situation without a warrant being signed. And, Riley said it’s not always the man who takes the ride.

“We have taken the woman and left the man behind,” he said.

Riley also talked about changes in the gun law. He said those who want to have a gun for protection should get a permit for it. “Spend the money for a permit and then make sure you know the gun laws,” he said.

Like most jails, the Pike County Jail is crowded, with an average of between 58 and 62 inmates, but Riley gave warning to those who operate outside the law. Even though the jail is crowded, “We’ve got somewhere for you.”

“They get in there and meet people and make buddies and have a good time,” he said. “They just don’t fear doing jail time.”

People involved with drugs make up the greater percentage of those who occupy the county jail.

“When I first started in law enforcement, the drugs of use were marijuana and alcohol, then crack,” Riley said. “Now, it’s every kind of drug out there. There’s so specified problem. We don’t have major crime areas like in big cities; what crime we have is scattered.

“Although we have criminals in the county, a crowded jail and crime, we are still blessed. Pike County is a good county with mostly good people. We are blessed in that way.”

Riley said law enforcement is not like it is portrayed on television. It’s dealing with real people in real life situations in a way that, hopefully, will result in a favorable outcome for all involved.” 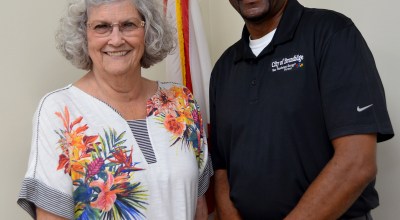 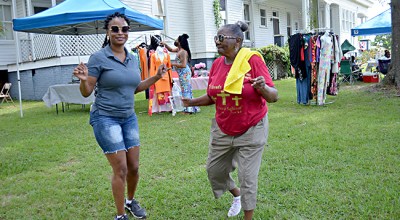