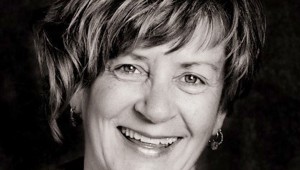 People around Troy will remember her as Melinda Liles. But, when she returns to Pike County in March, she will come as Melinda Joy Pattison.

Pattison will be back in Alabama to teach several workshops devoted entirely to the creation and experience of mandalas.

“Mandala is just a fancy word for sacred circle,” Pattison said. “In the workshops I conduct, groups create their own unique mandala through the use of discussion, gentle movement, journaling and art making.”

Pattison and her family lived in Troy between the years 1992 and 2004. She was active in the community in a variety of ways.

Pattison was a parent volunteer with the public schools her sons attended and as a substitute teacher as well. She was also involved in the instigation of a high school soccer team.

“Over the years, I attended Troy State University studying music and Spanish,” Pattison said. ‘I performed wit the collegiate choir and performed in the musical theater productions of ‘The Music Man,’ ‘Joseph and the Amazing Technicolor Dreamcoat’ and ‘Funny Lady.’ I was involved with the Colley Senior Complex as a teacher of yoga and Spanish and was facilitator of an Artist’s Way group.”

Pattison was also involved with events at the We Piddle Around Theater in Brundidge, as a part of the opening act of “Come Home, It’s Suppertime.”

“I got to sing with the pre-show band, Dan Fraley and friends and that was a lot of fun,” Pattison said. “I also painted one of the window panels.”

Pattison volunteered with the Pioneer Museum of Alabama and with Sav-A-Life and was its director at one time. She helped found the PEO Chapter in Troy. She led several mission groups to West Virginia, North Carolina, Georgia and Texas and Mexico.

Since leaving Troy in 2004, Pattison makes her home in New Mexico, which is her native home. She has worked in both county and state government. She served as executive director for a nonprofit food bank for two years.

“I live in Santa Fe and work fulltime as an artist and life coach,” Pattison said. “This type of work is interesting and exciting. I have opportunities to lead workshops around the country. When I’m not working, I perform with Schola Contorum, a Gregorian chant singing group. We do several concerts each year in Santa Fe and other venues around New Mexico.”

Two of Pattison’s sons live in Troy. One attends Troy University and the other is a safety manager for Evergreen Trucking in Greenville. The youngest son lives in Chicago.