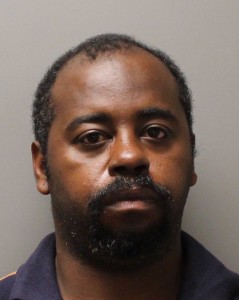 In the early morning hours of Friday, Feb. 13, officers arrested a man in the 200 block of Gibbs Street for attempted rape first degree along with two other charges.

At approximately 5:30 a.m., officers responded to the 200 block of Gibbs Street where they made contact with an eyewitness who provided them with a description of Dexter Dowens Jackson, 33.

“Officers got on scene, made contact with the victim and were given the description of the suspect,” said Lt. Bryan Weed, public information officer for Troy Police Department.

Weed said the witness pointed out another apartment that Jackson had run into, and officers were able to make contact with Jackson.

“Jackson was detained at the scene and transported to Troy Police Department for further investigation by detectives,” Weed said.

After investigation, Weed said detectives were able to obtain a warrant for Jackson’s arrest.

Jackson was said to have been in possession of cocaine at the time of his arrest.

Jackson is currently being held in the Pike County Jail. Weed said that Troy PD had not received any reports about Jackson in the past, and he had not been a suspect in any cases prior to the incident.

Weed said the Troy Police Department was thankful for the witness’ attentiveness during the situation and the concern that prompted them to call the police department.

“In situations like these, we appreciate the witness who was there that morning and being able to assist us,” Weed said. “It goes to prove that our best tools are the citizens of the community. We appreciate everything that members of the community do. We, as a department, would like to emphasize the importance of being involved in your community and in your neighborhoods and complexes. If you see anything suspicious, call the police department and allow us to investigate.”