Goforth at home on stage 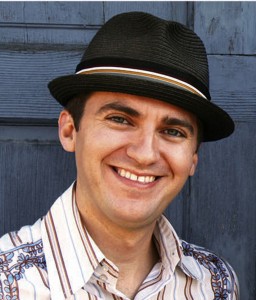 Josh Goforth may be young, but the Grammy-award nominated musician and storyteller brings a wealth of experience to his performances. He will be a featured storyteller at this weekend’s PIke PIddler’s event.

At age 33, Josh Goforth is rather young among professional storytellers.

Yet, the Grammy-nominated musician has played everywhere from the café down the street to Carnegie Hall and the Grand Ole Opry. So he’s right at home on stage whether playing foot-stomping fiddle music or telling stories about growing up among the tobacco fields in the mountains of Western North Carolina.

Goforth will be a featured teller at the 2015 Pike Piddlers Storytelling Festival at the We Piddle Around Theater in Brundidge and the Trojan Center Theater in Troy this weekend. He will light up the stage with his energy and his big mountain grin just as he has done on stages around the globe.

Goforth was raised in a musical family. His first influences were church and music. But, for Goforth, growing up, music took a backseat to working on the family farm. Both sides of his family raised tobacco.

“We would ride in my grandpa’s truck out to the tobacco field,” he said. “I remember going to the sales and standing with my grandpa with us hoping to get a good price for our tobacco.”

Music changed Goforth’s life. His great-uncle gave him a guitar, another showed him chords and he joined a weekly jam session in the back of Adams Pharmacy.

Storytelling came as naturally to Goforth as playing music. Growing up in a tight-knit mountain community, he was surrounded by storytellers.

“I never really thought about storytelling because it was just something that happened all the time,” he said. “I would listen to my grandmother tell ghost stories and my granddad tell old tales.”

Goforth said he didn’t think of storytelling as an art – just stories. He was introduced to professional storytelling while traveling and performing with David Holt, a Grammy-winning musician and storyteller.

He realized the stories he had heard all his life were filled with interesting characters. He began to weave those stories – those characters – into his performance. And, for Goforth, it was almost impossible to separate the music and the stories. One enhanced the other. So, what Goforth will bring to the stage of the Pike Piddlers Storytelling Festival is the best of both of his worlds – music and stories.

Lawrence Bowden, president of the sponsoring Brundidge Historical Society, said this will be Goforth’s first appearance at the annual storytelling festival and he is anxious to hear him in person.

“If he’s just half as good on stage as he is on the CD, ‘Cuttin’ Loose’ then we’ve outdone ourselves,” Bowden said. “We’ve got a great lineup for the 9th Annual Pike Piddlers Storytelling Festival this weekend – Josh Goforth, Donald Davis, Barbara McBride-Smith and Tim Lowry. We’ve hit a homerun every year with our storytelling festival and this one should be out of the park.”

The Pike Piddlers Storytelling Festival is sponsored in part by the Alabama State Council on the Arts with support from the National Endowment of the Arts.