Arrests made in Christmas Eve case 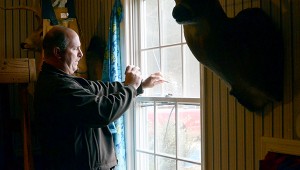 A Pike County man has confessed to firing shots into two houses in the Stills Crossroads area early Christmas Eve.

John Paul, 20, was charged with two counts of shooting into an occupied dwelling, according to Sgt. Henry Wentland with Pike County Sheriff’s Department.

Wentland said the incidents took place between 6 and 7 a.m. on Christmas Eve. “(Paul) allegedly shot into both of these houses,” Wentland said, adding that an “ongoing beef” between the homeowners and Davis appears to have been a factor in the incidents. The deputy would not elaborate on the situation.

Audie Davis, who lives on old County Road 7, said a shot was fired into the window his children’s bedroom that morning. He said he heard only one shot fired, but his brother, who lives across the pasture, reporting hearing multiple shots.

Officers have recovered bullet casings from the dirt road to the side of Davis’ home.

The second residence, on County Road 7763, belongs to Darren Hooks. It was shot several times, according to Wentland.

“He shot holes in this side and two in the top,” Wentland said. “They have the ladder out now patching the holes. They shot into the bedroom walls. This second house had eight bullet holes in it.”

Wentland said Paul confessed that he had been “riding around” Christmas Eve morning. “He was riding around thinking about it, and he admitted to it,” Davis said.

Paul was taken into custody on Wednesday, a week after the incident took place.

Wentland said the situation could have been a lot worse.

“Someone’s life could have been taken,” Wentland said. “It’s dangerous when your family is at home, your children are at home … someone could have gotten hit by the bullets. People were in the bed asleep and they had bullets zipping over their head.”

Paul was being held on a $25,000 bond for the first count of shooting into an occupied building and the second charge was still pending.