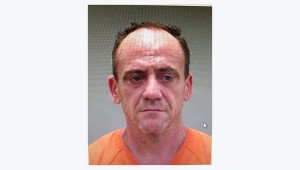 Paul Jacob Holley, of Luverne, was charged with burglary third degree and theft of property third degree. Troy Johnson, an investigator with Pike County SD, recovered a trailer and ATV on County Road 1135, which Holley had stolen.

A man wanted in connection to a Petrey Highway burglary was arrested after a state trooper discovered the truck he was operating was stolen.

Thanks to Trooper Justin Vann’s traffic stop, Paul Jacob Holley was in custody within 12 hours of the Crenshaw County crime.

Vann charged Holley, a resident of Luverne, with receiving stolen property for the vehicle he was driving. Holley was also charged with giving false identification to a law enforcement officer after he gave Vann a driver’s license that did not belong to him.

The CCSO had its own list of charges for Holley. During an interrogation, Holley confessed to Paul that he had stolen a 2011 Honda Recon 250 four-wheeler worth $5,500, a utility trailer and a flat-screen television amongst other things. The items were taken from a chicken farm in the 9000 block of Petrey Highway.

Paul’s investigation had led him to Holley long before the obtained confession. Holley was caught on a surveillance video during the burglary.

“With past dealings, I identified him through the video,” Paul said.

Paul was aware of warrants the Pike County Sheriff’s Office had on Holley for felony probation violation. Pike County investigator Troy Johnson assisted in the investigation. He recovered the trailer and stolen ATV on Pike County Road 1135 where Holley had ditched the stolen items once the trailer had a flat.

Other stolen goods were recovered by the Tallassee Police Department.

The Crenshaw County Sheriff’s Office charged Holley with burglary in the third degree and theft of property first degree.

Burglaries tend to rise during the holidays. Paul said residents should take precautions to ensure a speedier recovery of property should a burglary take place.

In this case, surveillance footage and a well-lit property played key roles in catching Holley. Paul also suggested people make a list of VIN numbers for all vehicles and keep the list in a secure place.

“If the item is stolen, we can enter the VIN number in NCIC. Police use the system when they recover property. If the item comes up stolen, you get it back,” Paul said. “Without the numbers, finding stolen property is kind of like a cat chasing its tail.”