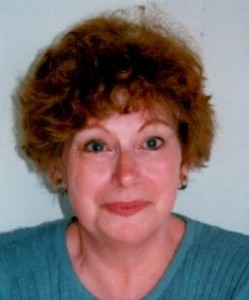 She was born Janice Claire Sartain in Troy, Alabama, the daughter of Auxford Sumner Sartain, a professor and dean of then Troy State College, and Claire Paulk Sartain, a French and English teacher, also at Troy State. It was 1934; unemployment had dropped to 22% nationally, gas averaged 10 cents a gallon, and the motion picture It Happened One Night, with Clark Gable and Claudette Colbert, would be the first film to “sweep” the Oscars.

Janice’s childhood was shared with cold watermelon on hot summer days, Confederate widows, singing cicadas, and deep Southern traditions. She learned the importance of “please” and “thank you,” and “sir” and “ma’am,” all of which she passed down to her children. She was the little sister of James “Jim” Sartain, who had been born 11 years earlier.

She graduated from Troy High School, and then earned History and English degrees from then Troy State College in 1955. On June 18, 1957, Janice married Carl B. Lindley, Jr. A year later, in Atlanta, their daughter Shera was born. On April 1, 1961, Janice married Jerry O. Haynes. Two years later, in Tallahassee, their son Stephen was born.

In 1968, she left Troy with her family to settle in Harrisonburg, Virginia, where her husband, Jerry, started a professorship at then Madison College. Janice took the position of secretary to the editor of the Daily News-Record. She later taught at Dominion Business School and Blue Ridge Community College, and served as intake secretary at Mercy House until her retirement.

Janice moved to Richmond in 2009 where she was able to share her final years with her children and their spouses.

Her greatest passions were reading and music, resulting in an extensive library of both. Jazz was her preferred flavor, and conversations regarding what she listened to in the ‘50s and ‘60s were often very brief, as she seemed to have “skipped over” that period. She was also a published author; a collection of her poems, Images and Reflections, was released in 2010.

She enjoyed movies and theater from a range of genres, but held a special fondness for romantic comedies. She possessed a sharp wit, honed by a great sense of humor. She was intelligent, kind, and loving. Janice once remarked to her son that she wanted to be a guardian angel following her death. Ever thinking ahead, Janice was already making posthumous career plans.

When the fireflies were in season, she could be found on the porch, as though seated in a theater, witness to the backyard ballet.

She leaves behind two children: Shera Gregory, and Shera’s husband Nelson; and Stephen Haynes, and his wife Shelia; all of Richmond. She will also be dearly missed by her niece, Frances Sartain, of Bowling Green, Kentucky, and sister-in-law, Sarah Jane, of Ft. Myers, Florida. She is preceded in death by her parents and brother, James, and husbands Carl Lindley, Jr. and Jerry Haynes.

In lieu of flowers, please donate your time to a good book, enjoy the creations of others, and find and share love in all things. That is her lasting legacy.

While you wait for your own tomorrow

You may miss your chance at today

Right now you can start to follow your heart

Don’t mind what others may say.

Listen to the voice inside you

And somehow you’ll know you will blossom and grow

And you’ll never be less than you are.