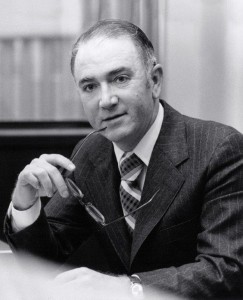 Raymond “Randy” Wingard is a native Alabamian who believed strongly in community involvement as a natural part of life. Randy had a personal history of professional affiliations and community involvement, some of which include the American Red Cross, Allegheny Trails Council of the Boy Scouts of America, The American Cancer Society, Baldwin County Family Violence Shelter; The Lighthouse, and the Community Foundation of South Alabama, which he chaired from 2010 to 2012.

Randy was President of Wingard Enterprises, Inc. in Gulf Shores, a strategic, financial, and human resources consulting firm. He attended Southern Methodist University and acquired an Advanced Management degree at Harvard University. He had over 40 years involvement in strategic and financial management in fortune 500 Companies, primarily Koppers Comapany, of Pittsburgh, PA. After “retiring” he became Director of the Railway of the Railway Tie Association for the next eight years while also continuing pursuit of his entrepreneurial actives, particularly in the area of cancer research.

Biblical history and travel were also Randy’s passions. He traveled to Greece several times to study the Apostle Paul and also visited Europe, Japan and Australia, among others. He will truly be missed by all over the world.

Raymond was preceded in death by his wife Margaret Gainnell Wingard, his parents, Raymond Wingard and Lurlyn Sanders and his brother, Dr. Robert Wingard.

The family will receive friends two hours prior to funeral services.

In lieu of flowers donations can be made to: The Community of South Alabama, Gulf Shores United Methodist Church or Baldwin County Humane Society.