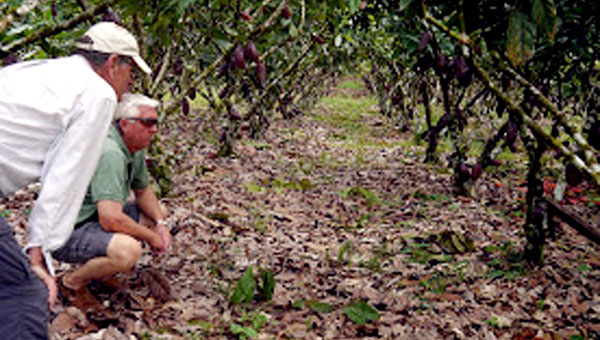 Carter Sanders of Goshen has purchased property in Ecuador and will farm cacao (chocolate) trees. His farm is located in the Corredor Del Cacao Fino O De Aroma (the corridor of the Chocolate Fine and of aroma). His hacienda is located on the route of chocolate. Sanders, kneeling, is pictured visiting the Sacha Gold Cacao Plantation in Ecuador.

Carter Sanders has bought property in Ecuador and he’s moved down there and is going to raise cows.

That’s the word around town and Sanders laughs when he’s ask why he would go all the way to Ecuador to raise cows when the grass is greener in Goshen.

Sanders recently purchased about 500 acres in the Amazon Basin on the corner of Rio Nap and Del Reo Pusuno, which are tributaries of the Amazon River. His property is one degree south of the equator and offers a year around climate similar to what Sanders is accustomed to in his native Pike County.

“When I graduated from Troy University with a degree in international business, I had no idea that I would ever put that degree into practice in Ecuador,” Sanders said.

But either chance or fate played its hand.

“To earn a degree in international business, I had to take a second language and I chose Spanish,” Sanders said. “I went to the international department and requested a Spanish speaker and I was told that I was in luck. A Spanish-speaking student was arriving at the airport in Montgomery. So, I met him.”

Sanders and Andres Espinosa quickly became friends and that friendship continued after Espinosa returned to Ecuador.

Over a period of years, Sanders visited Ecuador 16 times and each time he became more entrenched in the cultural and customs of the country.

“Several times I mentioned to Andres’ dad that I would like to invest in the production of chocolate,” Sanders said. “I thought about it most of the time not so seriously and sometimes seriously.”

When Sanders was in Ecuador in the spring, he attended the Chocolate Fair in Tena and his interest in owning property in Ecuador and growing cacao was renewed.

“At the fair, several properties were listed for sale and I visited a couple of the sites in the west them but I wanted property – small property – in the east,” Sanders said.

Once again, chance or fate played its hand.

A piece of property was available that Sanders thought would be more than he was willing to pay. But, as it turned out, Sanders was offered a deal too good to turn down.

Agreeing on the price for the 512 acres with a five bedroom hacienda, “with no flies or mosquitoes” and a small cabin was much easier than jumping through the hoops necessary to seal the deal.

“I think Ecuador was trying to teach me patience,” Sanders said, laughing. “My property was only accessible by water taxi so I had to make arrangements for a one-mile driveway to my property. That tested my patience, too.”

Sanders moved into his hacienda in September and began making plans to “grow chocolate.”

“I plan to grow cacao on about half of the acreage and I’ll have to clear those acres but in ‘rooms’ so that the cleared land won’t be visible,” he said. “The native growth will be a blind.”

Sanders said a cacao field is much like a peach orchard in the way the trees are planted.

“By the second year, the cacao trees are producing and they reach peak production in about six years,” he said. “The cacao trees have to be kept cut back because the pods are picked by hand and the workers have to be able to reach the pods. Indian neighbors will harvest the pods.”

Sanders also plans to grow yellow corn which will be harvested to feed livestock – cows, not cacao.

“The year 2020 is the magic number for cacao producers because there is predicted to be a one million ton shortage of chocolate,” Sanders said. “If all goes well, my cacao fields should be nearing peak production just at the right time.”

Sanders is back home in Goshen but will return to his hacienda in a couple of weeks where jaguars and deer roam, monkeys chatter and boa constrictors, hopefully, keep their distance.

“I never thought I would live in two countries and certainly not on two continents,” he said. “But I do and it’s the best of both worlds.” 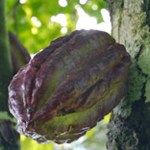 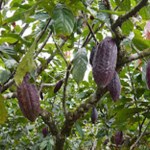 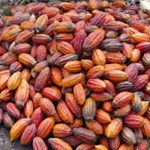