Santorum stops in Troy as part of campaign effort (w/PHOTOS) 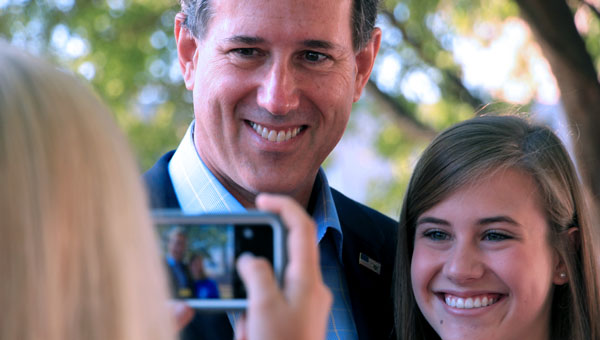 Rick Santorum poses for a photo with Mary Stewart Thursday morning at a rally event on the Square in downtown Troy. Santorum gave a speech as part of a GOP endorsement tour. (Messenger Photos/ April Garon)

Former US. Sen. Rick Santorum spoke to supporters, students and other members of the community Thursday morning in downtown Troy on the Square as part of a GOP endorsement tour.

Santorum spoke on issues circulating within the Republican party, including the position of the Supreme Court and the importance of upholding family and marriage.

“The branch of government that was to be the least consequential, that was going to have the least impact on the course of the nation was the courts,” Santorum said. “They have absolutely catapulted themselves in the front of the pack and say they are the determiners know of public policy in America.”

Santorum discussed the middle class in America and the importance of family, which is a topic he discusses in his most recent book, “Blue Collar Conservatives.”

“The American family is essential to the economic success of the country,” Santorum said. “Every family in America is a small business: it has revenue, it has expenditures, has budget, has to be a viable economic enterprise and when the family is breaking down, when we don’t have two people in the business to do the job that it takes two people to do to raise a family, then we put a lot of stress on one person and it makes it very hard for that person to be successful.”

Santorum, who was in Jackson, Miss. at a rally on Wednesday and at a private fundraiser in Montgomery Wednesday night, talked openly about whether he will be running for president in 2016.

“I want to make very clear we are looking at it seriously,” Santorum said. “Alabama was a very big part of our campaign last time around. We received tremendous support here, and we are revisiting with folks, looking to grow our organization, Patriot Voices, and connect with some new people.”

The senior class at Pike Liberal Arts School and the headmaster Becky Baggett attended the rally.

“I want to thank all of the young people that have gotten up to come out this morning, it’s always a pleasure to see young people,” Merrill said as he introduced Santorum.

Baggett said it was important for students of voting age to come hear Santorum speak.

“At the voting age, it is important for them to know they are part of this process now. It’s important to know the candidates and their beliefs, and to vote their beliefs,” Baggett said. “They’ve never met a candidate up close and personal who is on the national level, and he was very gracious to take a lot of time with them to answer their questions. We all need to know it is a privilege to vote, and I want them to exercise that privilege.”

Santorum’s next planned event was Thursday night in Birmingham. 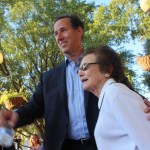 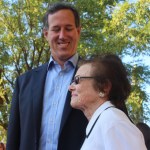 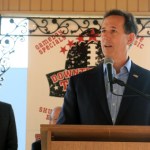 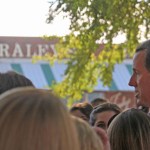 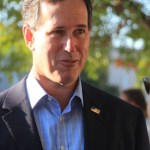 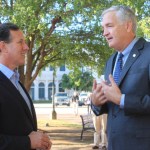 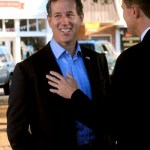 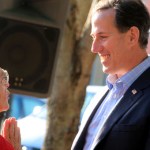 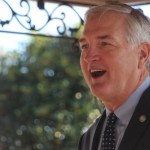 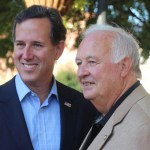 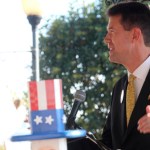 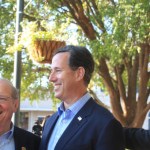 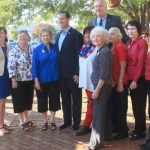