Generals prove too much for Patriots (w/PHOTOS) 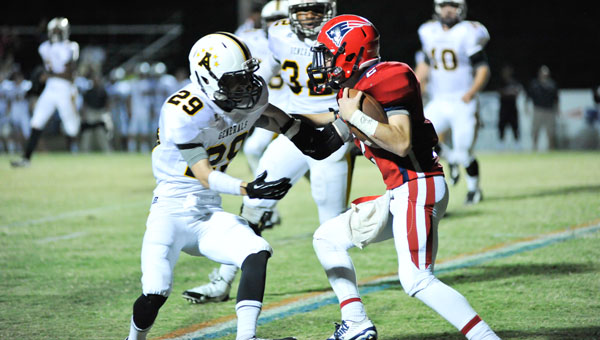 The Pike Liberal Arts Patriots came into Friday’s game seeking a region win to secure their chances for a playoff bid, but they couldn’t find an offensive groove and lost to the Autauga Generals 19-7.

Head coach Gene Allen said he took most of the blame for the Patriots’ loss Friday night.

“They do some stuff that we don’t see much, so we haven’t had a lot of practice on it,” Allen said. “Like I told the players, I’ll take the blame on it, because we haven’t worked enough on it in practice because we haven’t seen it that much. But, they did a great job with what they did.”

Leading the offense for the Generals were No. 7, Tommie Vinson, and No. 22, Eric Graham. The quick-footed wide receivers were key players for Autauga, and Allen the Patriots’ biggest weakness for the night was the lack of preparation for the players.

“We knew they were really athletic,” Allen said. “They’ve got a couple of guys that we can’t match up with. We can’t simulate in practice. I thought we did a pretty good job for the most part.”

Despite the loss, Allen said he was still proud of how well his team played Friday night.

“We missed a few tackles, which I knew we would miss a few,” Allen said. “But, I was proud. We gave up a couple of big plays, and it hurt us, but we continued to play hard.

“That’s all I’ll ever ask of our kids. If they just go out there and play with every thing they’ve got I’ll be happy. Anytime you lose it’s not fun, but they’re going to rebound.”

The Patriots will travel next week to Atmore to face the Escambia Academy Cougars, who were 5-0 for the season and 4-0 in the region going into their game Friday against Morgan Academy in Selma.

The Patriots fell to 6-2 for the season and 2-2 for the region, and Allen said the Patriots were aware of the challenge that lay ahead of them in their undefeated region opponent.

“I know they’re going to work hard,” Allen said. “It’s going to be a big challenge. I think Escambia is ranked number one right now, and I know they beat Monroe. It’s a football game, and we’ve got a chance to play. Sometimes you match up with some teams better than other ones, so hopefully we’ll match up with them pretty good and we’ll go from there. We’ve got some things to work on, but I think we’ll get it accomplished.”

Kickoff between the Patriots and Cougars is set for 7 p.m. in Atmore. 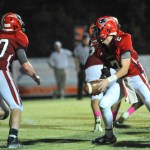 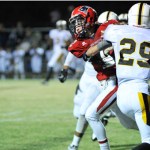 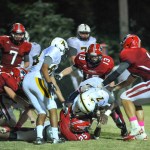 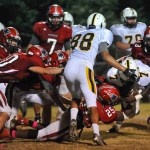 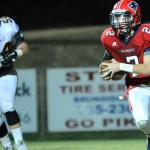 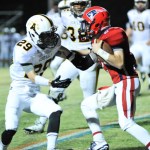