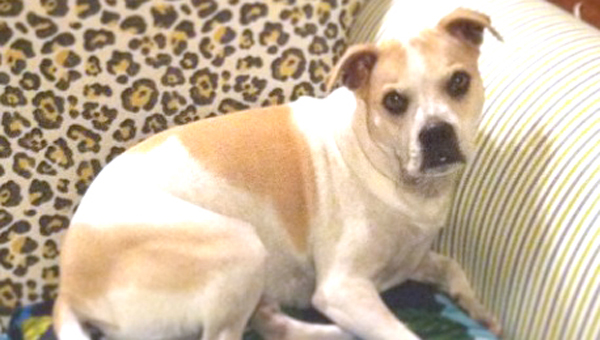 At this time, dogs are the leading entries in the annual contest. The deadline for entry is Tuesday and voting will continue through Sept. 30.

The 2015 Pet Photo Contest was predicted to be a dog and cat fight to the finish, but a pair of matched mules was not expected to enter the annual photo contest. And, not only did the mules enter, they are leading the pack as the contest heads down the stretch.

The Humane Society of Pike County sponsors the annual Pet Photo Contest, which is the primary funding source of the Society’s biennial spay and neuter program.

“The purpose of the spay and neuter program is to reduce the number of abandoned, abused and neglected dogs and cats in Pike County,” said Lisa Howard, contest chair. “So, this is a very important fundraiser, and it’s also an opportunity to honor the pets that

provide unconditional love and affection to their ‘families.’”

And then, there are the mules. What about the mules?

“The mules have generated a lot of interest, and they are out front, but the contest is far from over,” Howard said. “Things are going just as they have in the past.

As they always are, entries in the contest were slow coming in, and for a while we only had seven entries. Then, the last week we were bombarded with photos. We have 92 entries. Last year, we had 71.

“We expect the voting to also go as in the past. People will cast a few votes all along to test the waters. Then, the last week the voting will pick up and the last day voting will be heavy.”

Speaking of testing the waters, Howard said a “very nice” photograph that was taken of ducks and geese on a pond during Alabama’s most recent snow event should be in the running for one of the top photo spots.

“This is a fun and very exciting contest,” she said. “We’ve got great entries and several of the entries are past winners. Callie the Cat won two years ago. Two cats, Hattie and Ernie, are former winners. Ziggy, the winning dog from 2014 is set to defend his title.

“We encourage everyone to vote for their favorite entry and help make the 2015 Pet Photo Contest another great success.”

Votes may be cast at The Little Framery, Troy Antiques or Guynn’s Income Tax and Bookkeeping Services in Troy or Hillside Antiques on Highway 231 South or online at www.pikehumane.org.