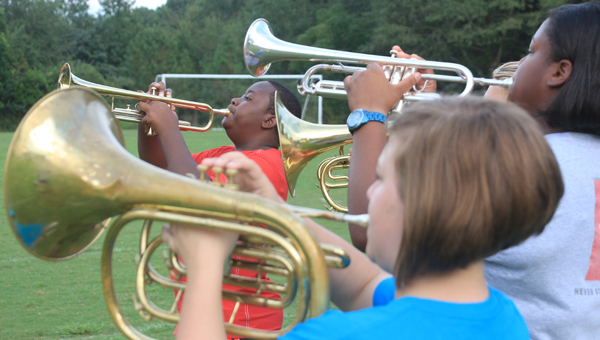 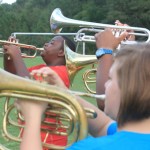 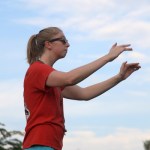 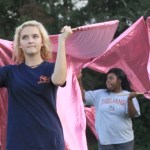 More than 35 high schools bands from across the Southeast will be marching on Troy Oct. 4 for the 45th annual Southeastern States Marching Band Festival.

The event is sponsored by the Charles Henderson High School Band Foundation and will include bands from across Florida, Alabama and Georgia, including the Troy University Sound of the South.

Trent Burkett, CHHS Band Director, said this festival is the second longest running in the state of Alabama. And in this, his sixth year directing, he expects one of the largest festivals yet.

“The playing surface, spectator seating, facilities and grounds are the absolute best in the Southeast,” Burkett said of Veterans Memorial Stadium, where the event is held. “We are fortunate to have the university facility because most of the bands normally have to perform in smaller stadium in their high schools.”

Burkett said the use of the entrance patio for the media enables photographers and videographers to capture the entire bands without any student left out because some big bands stretch out from one end of the stadium to another.

“Good video quality is one of the reasons why a lot of big bands participate in the festival and keep coming back,” Burkett said. “The hospitality cannot be beaten, either. I don’t think there is any more suitable space for the event.”

Burkett said CHHS Blue Machine is excited about the festival.

“They get to meet other kids in high school marching bands all over the Tri-state area,” Burkett said. “They are working hard to prepare for performing for the largest crowd.”

According to Burkett, the festival is a showcase rather than a contest. The bands get a rating for their performance but they do not compete with one another.

“We create a large, friendly environment for high school kids to make friends, some for the rest of their lives,” Burkett said. “Our festival offers each band the opportunity to perform in one of the best all-around venues in the state of Alabama, without being in competition with the other bands. It creates and atmosphere of friendship, cooperation and good will between all that participate.”

The gates will open at 10:30 a.m. The festival will conclude with a performance by Troy University Sound of the South and an award ceremony for all the participating bands.

Admission to this event is $7 per person. All proceeds will go to support CHHS Blue Machine marching band. The public is invited to attend.