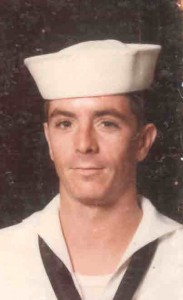 Michael Timothy Willett, 53, passed from his temporary home on earth to his eternal one in heaven on Thursday, September 11, 2014.

Michael was born at NAS Pensacola Hospital in Pensacola, FL on November 25, 1960. He was a joy from his first breath until his last one. He was a happy baby and loved by all his family and friends. As he matured he had a special way of saying funny things on the moment to everyone with whom he came in contact. He was always making others laugh, even when he was at his sickest in the hospitals. So many of his doctors, nurses, hospital staff, friends and family have told us that he has made them want to be better people. They said if he could make others want to be happy when he was so very ill, then they could do the same when they were well.

Michael attended East Hill Christian School from kindergarten through the 6th grade and Liberal Arts of Pensacola for two years. He transferred to public schools and worked at Sam’s Gulf Service Station in East Pensacola Heights. The station was owned by Michael’s grandfather, Sam Magnasco, Jr. He eventually joined the Navy, where he studied and received his GED and studied computers before his honorable discharge in 1991. Since his illness, he has often commented that he didn’t have a Bucket List. He said that he had done all the things he wanted to do and been all over the world and saw places he wanted to see.

His love of computers enabled him to work at Baptist Hospital in Pensacola for approximately seven years. He has continued to do computer repair throughout the years since then.

Michael was recently diagnosed with Stage 3 stomach cancer which quickly changed to Stage 4. He fought a difficult battle with bravery and humor.

Michael accepted Jesus Christ as his Lord and Savior on May 26, 2014 at 9:20 a.m. while a patient in Baptist Hospital in Gulf Breeze, FL. His step father, Ronnie Moseley, led him to salvation. Michael has stated that since that day, he has had peace with what was happening in his life and rests assured that his name is in the Lamb’s Book of Life and will live with Jesus for eternity.

Michael’s family would like to thank the doctors and staffs at Baptist Hospital in Gulf Breeze, FL, the University of South Alabama in Mobile, AL and Covenant Hospice at West Florida Hospital for their wonderful and professional care given to Michael and our family and friends. Also to the Hospice nurses who stayed with him day and night and cared for him lovingly and tenderly.

In lieu of flowers, the family suggests that memorials in memory of Michael be made to Covenant Hospice of Pensacola, 5041 N. 12th Ave., Pensacola, FL 32504 or the charity of your choice.