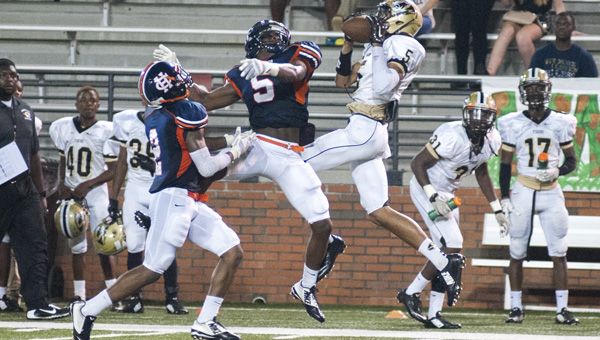 Charles Henderson High drove 97 yards to overcome a fourth-quarter deficit, but Greenville quarterback Draylen Mcgrew answered with a 79-yard drive capped off with a 9-yard carry to lead the Tigers over the Trojans 19-16 Friday night in Troy’s Veteran’s Memorial Stadium.

CHHS and Greenville, playing their first Class 5A, Region 2 contest, saw the lead swap hands four times before the Tigers answered with the go-ahead score with less than five minutes to play in the contest.

“We play not to lose, but to win,” said CHHS Head Coach Brad McCoy. “We believed our guys were ready to be tested and I believed things were going to fall our way. We are young and a lot of people may not realize that, but we are going to get better, and I believe that. We have just got to stay positive and keep working hard.”

The Trojans scored on their first possession of the game when they moved the ball to the Greenville 18, with senior placekicker Ben Salmon drilling a 35-yard field goal for the 3-0 lead at the 9:27 mark.

Greenville responded with a drive to the CHHS 2-yard line, but on fourth and goal Mcgrew was hit in the backfield by a swarming CHHS defense for the loss, turning the back over to CHHS on downs.

CHHS senior quarterback Austin Ingram put together a touchdown drive in the early minutes of the second quarter, completing a big 72-yard strike to junior Jalante Smith who outran the Greenville secondary. The Trojans attempted a two-point conversion but were not successful, and led 9-0 with 10:25 remaining in the first half.

Each team swapped possessions in the second quarter, but with 1:45 to play in the first half Mcgrew hit his receiver Javorris Cheatham for a 72-yard scoring play. The extra point by Winston Sims cut the CHHS lead to 9-7.

Greenville opened the second half with another scoring drive, moving 77 yards in nine plays with Mcgrew hitting Cheatham again for a 9-yard TD strike with 7:54 remaining in the third quarter. The extra point was no good.

CHHS got the ball but had to punt, and the defense again put up a goal line stand, their second of the contest. Greenville had first and goal at the CHHS 7, but did not score in four plays.

The Trojans took over on downs, with Ingram engineering a 96-yard, 15-play drive for a 16-13 CHHS lead. Facing fourth and three at their own 43, Ingram connected with Kobe Griffin for the reception and a first down to the Greenville 42. Looking at third and five at the Greenville 10 yard line, Ingram scrambled to his right and kept the ball for the touchdown. Salmon’s kick was good for the 16-13 lead with 8:00 left in the game.

Greenville then got the ball back on the ensuing kickoff and moved 79 yards in nine plays, with Mcgrew keeping the ball for a 8-yard run and the touchdown for the 19-16 lead with 4:37 remaining in the game. The extra point was blocked.

The Trojans got the ball back and moved from their 27 to the Greenville 30, but a tipped ball was intercepted by Greenville allowing them to run the clock out on offense.

Ingram was 16 of 27 in passing for the Trojans for 247 yards, with Jalante Smith pulling in nine catches for 173 yards.

Mondaris Dixon was the leading rusher for CHHS with 22 carries for 82 total yards.

Greenville quarterback Mcgrew was 18 of 37 in passing for 262 yards and two TD’s.

CHHS is now 1-2 on the season and will travel to Alabama Christian this upcoming Friday, while Greenville improves to 2-1 and will host Alma Bryant.

Against Alabama Christian, CHHS Head Coach Brad McCoy feels his Trojans are making improvements and will get better.

“We have got to keep working and fighting, and I know our kids will do that,” said McCoy. 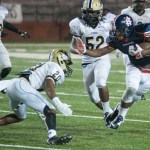 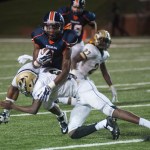 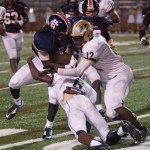 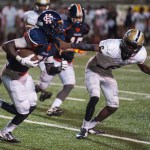 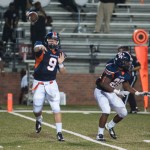 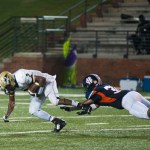 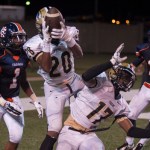 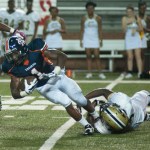 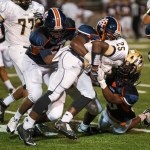 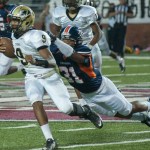