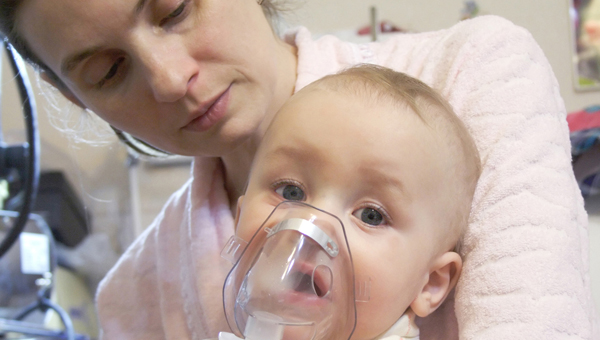 Alabama Department of Public Health is currently investigating two clusters of respiratory illness in children, one in Mobile and one in north Alabama, according to the department’s advisory. Six samples have been sent to the Centers for Disease Control and Prevention for testing.

Because many states have submitted specimens to the CDC to be tested, the ADPH informs that it may take several weeks before it receives Alabama’s test results.

According to the ADPH, there is no vaccine for the virus. Treatment will depend on the various symptoms. The department stresses on the importance of prevention.

“Families and teachers should watch their kids for symptoms of trouble breathing,” said Dr. Elizabeth Dawson, pediatrician at Charles Henderson Child Health Center. “For older kids, it could be being unable to complete a sentence without having to pause for a breath. It could be being unable to eat for the younger ones who are still eating from the bottles. (In those cases) they need to seek medical attention.”

The six samples sent to the CDC will be tested for Enterovirus 68, a rare virus strain that “seems to be more pathogenic, more aggressive, more likely to cause severe infection,” said David Kimberlin, co-director of the UAB Division of Pediatric Infectious Diseases at Children’s.

According to Kimberlin, enteroviruses are common causes of summertime colds. The symptoms vary from mild respiratory, fever, rash to neurologic illness. However, EV-D68 can cause from mild to severe respiratory illness, including difficult, heavy breathing, wheezing and aggravated asthma.

CDC reports that hospitals in Missouri and Illinois are seeing more children than usual with severe respiratory illness caused by EV D68 in Chicago and Kansas City. The virus usually strikes young children. However, adults can also be susceptible.

“Hospitalizations are higher than would be expected at this time of year,” Dr. Anne Schuchat, head of infectious diseases for CDC said to National Public Radio. “The situation is evolving quickly.”

The NRP reported that no one has been known to have died from the virus.