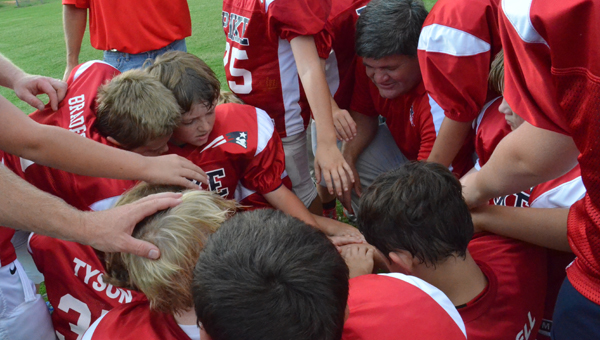 The Pike Liberal Arts Termite Patriots faced the Fort Dale Eagles Tuesday night, and beat the Eagles 6 to nothing.

“We played great defense,” Smith said. “The boys were excited to get their first win of the season.”

“Kilcrease ran a 60-yard touchdown on a reverse,” Smith said. “We basically whipped our outside backers, and our inside backers. They played really well. Our line did great tonight.”

Smith said while the team could have been considered an underdog to the Eagles, they held their own.

The Termites are now 1-1 for the season after falling to Lee Scott Academy earlier in the season. Smith said the momentum from Tuesday’s win would hopefully carry into the rest of the season.

“It was big to get a win tonight, especially against Fort Dale.”

The Termites will travel to Hope Hull Saturday, Sept. 13 to play in a tournament hosted by the Hooper Academy Colts, and Smith said the team would look to continue to better themselves when it came to fundamentals.