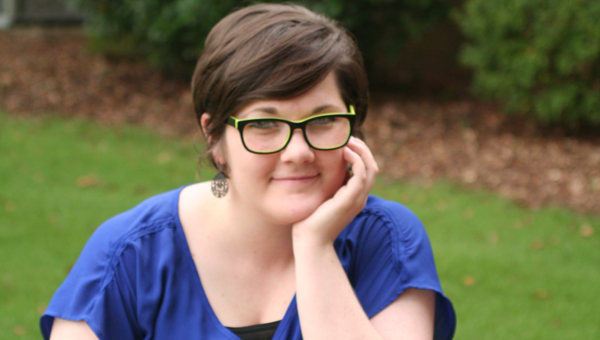 Williams, who is just 21, won a Student Silver award at the national level for her product Lumaglo. Williams said she got the idea from how much she disliked ordinary light bulbs packaging.

“We had to make something for a product $10 and under,” Williams said.

“I just wanted to do something different. I hate light bulb packaging. They’re always so small and flimsy, and they all kind of look the same.”

Williams competed in local and district competitions to qualify for nationals. Williams said she took home the gold medal at the local level and a silver medal at the district level. “I could have chosen to stop at that point, if you got gold you were automatically entered at the national level, but I chose to go ahead and pay to compete.”

These were the first competitions Williams had entered, and said she was surprised she did so well.

“I figured I would win something at the local level, but I was surprised when I won gold,” Williams said. “This was the first thing I’ve actually entered, so I really didn’t expect much. I didn’t want to go in it thinking ‘I’ll go all the way,’ so I was really surprised when I won silver at the national level.”

Williams said her name originally wasn’t on her product after a mishap with the system, but after she called and corrected it she said that was her “oh my gosh, I really did win” moment after competition.

Williams said she was excited but nervous to graduate, but she is working toward getting a Bachelor in Fine Arts with a major in digital studio. “I eventually do plan to go to grad school,” Williams said. “I want to one day teach. I figured getting a bachelor in fine arts would make that easier.”