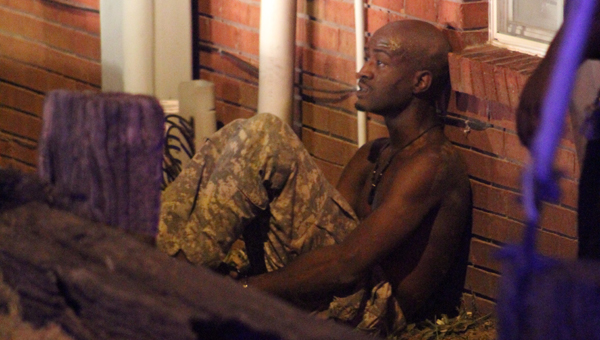 A man suspected of arson is in custody after fleeing the scene and biting a law enforcement officer.

Jerome Owens fled the scene of a fire at Oakdale Apartments, 802 Park Street, and was apprehended by law enforcement from the Troy University Police, Troy Police Department and Pike County Sheriff’s Office. He was caught in an alleyway between the gravel parking lot directly behind Hawkins Hall and an apartment complex on John M. Long Drive (formerly Collegedale Drive).

After biting a university police officer, Owens was charged and taken away in an ambulance. Charges related to the fire are pending an investigation by the Troy Fire Department.

“He is a suspect in the fire but he hasn’t been formally charged yet,” said Lt. Bryan Weed with Troy PD.

Fire Chief Thomas Outlaw said the cause of the fire has not been determined. “With it being dark and all, we weren’t able to get in there and really investigate it tonight. It’s going to be tomorrow before we can really tell anything.”

The fire affected four third-floor apartments at Oakdale. “It pretty much destroyed that first apartment. Three others had smoke damage,” Outlaw said. 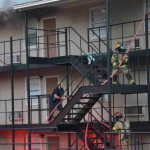 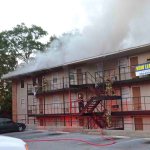 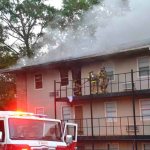 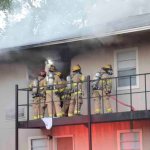 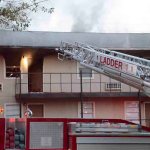 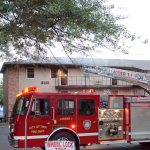 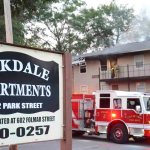 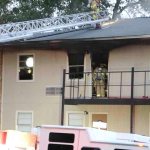 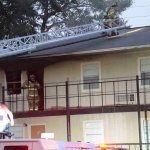 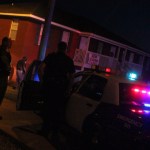 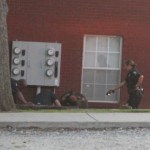 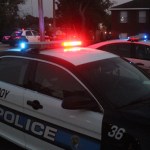 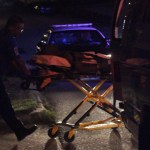 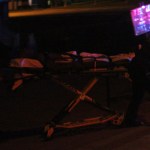 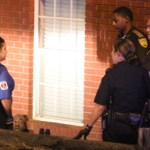 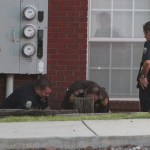