Mother of shooting victim: ‘Pray for my baby’ 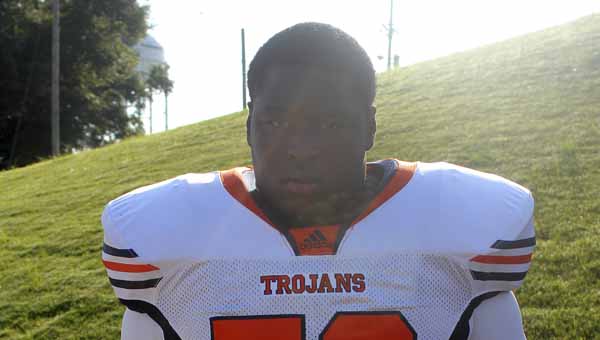 Jacquerean Marshall has not been conscious since he was shot on Aster Avenue Saturday night. But his mother, Nena Williams, knows he has been listening as she and her younger son take turns reading the Bible to him.

“He’s still holding on strong,” Williams said of her oldest son, explaining that the 17-year-old has reacted to hearing different voices read to him.

Marshall was shot during an incident that took place around 8 p.m. Saturday in the 100 block of Aster Avenue. An 18-year-old male has been charged with assault in the first degree in connection with the incident, but Troy Police would not release his name. “He may be eligible for status as a youth offender,” said Lt. Bryan Weed, public information officer. “It’s not a Class A felony.”

Investigators are still trying to piece together what happened, gaining permission from parents to question minors who may have seen what happened. They said the case remains under investigation and have not released details.

Police did say that Marshall was transported to Troy Regional Medical Center and later to Dothan, where he was listed in critical condition. He was then flown to the University of Alabama at Birmingham where he remained in intensive care on Monday.

While Marshall was in surgery Monday evening, Williams took comfort in the fact that no news was good news. She said the surgery would be “one of many ahead of him.”

“The hospital staff at UAB is amazing,” she said.

Staff members have done their best to keep the family informed and comfortable as they spend long nights at Marshall’s bedside.

Marshall is a rising senior at Charles Henderson High School and on the football team. His mom said he planned to meet with the University of Miami in a couple of weeks.

“He’s a good kid. I want him to follow his dreams,” Williams said.

She praised CHHS teachers and the Troy community for their support. Several of Marshall’s teachers visited the hospital Monday.

As word got around that Williams was posting updates of Marshall’s condition on social media, she started receiving several friend requests. She plans to continue to use social media to keep her inner circle informed, but said she would not accept any new friend requests.

Williams knows the family has a long road ahead of them, especially since she is unemployed and has no intention of leaving the hospital until her son does. She stopped working to take care of an ailing sister. Her sister died three months ago.

“This happened unexpectedly and we’re miles away from home,” she said. “I’m more worried about my family. We’re going to be here a while.”

Williams, a member of Whitewater Missionary Baptist Church, told those who planned to pray for her and her family not to pray for her.  “I’m fine,” she said. “Pray for my baby.”