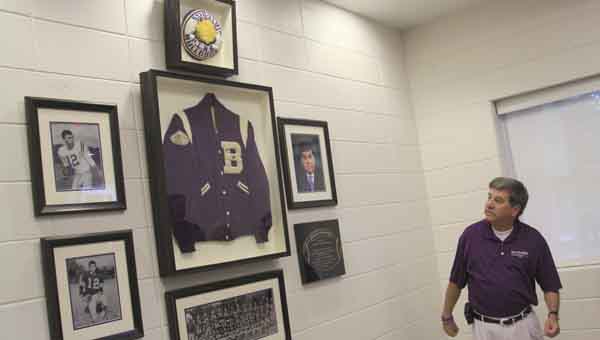 Dr. Mark Bazzell, superintendent of Pike County Schools, called those who gathered for the ribbon cutting ceremony for the new athletic facility at Pike County High School Monday “the most distinguished group he had ever seen present for a ribbon cutting.”

Bazzell said his life in Pike County began in 1982 when Dr. Johnny Wright, PCHS principal, gave him a job.

“That was 32 years ago and I never dreamed that I would be superintendent of Pike County Schools,” Bazzell said. “When I was coaching here, the weight room was in an old block building called the Dog House. We lifted weights on wooden benches and, as the players gained strength and could lift more weight, I was afraid the benches would collapse.”

When Bazzell became principal, he decided to “put one over” on Superintendent Dr. John Key.

“I told him the building (Dog House) was in bad shape and that it was unsafe,” Bazzell said. “He told me to close the door, lock it and not let anybody in. I learned right then to never put my boss on the spot.”

From that time forward, the weight room for the Bulldogs was contained in two standard classrooms in the gymnasium, then the block building inside the stadium and later the agriculture shop.

On Monday, the ribbon was cut on the “much needed” $1.4 million PCHS athletic facility.

Bazzell credited Godwin Jones Architecture and Whaley Construction and the Pike County Board of Education for an outstanding project that will continue the rich tradition of Pike County High School and create a “whole lot of pride” throughout the school and the community.

Bazzell said the lighting around the facility will tie the field house with the rest of the campus and make Bulldog Stadium a “nice place to watch football.”

“PCHS has five state championships, and that’s a great accomplishment for a little town like Brundidge,” Griffin said. “PCHS deserves a facility like this.”

Griffin, laughingly, pointed out that the facility is air-conditioned.

“We lifted weights in the Dog House on wooden benches,” he said. “We had a window air conditioning unit. Sometimes it worked and sometimes it didn’t. The team’s got to be excited about this facility and I’m excited to see them play.”

Willie Wright, PCHS principal, said PCHS is blessed to have such a fine field house.

Mayor Jimmy Ramage said the field house is a fantastic addition to an already fantastic campus.

“This is a facility that PCHS, Brundidge and the entire Pike County School System can take pride in,” he said. “A lot of people contributed to the project and we thank them all.” 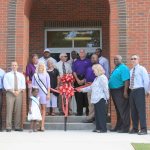 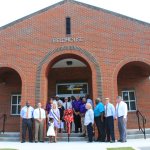 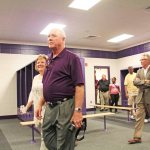 Joey Holley shot a 59 a few weeks ago to set a new course record at the Troy County Club.... read more