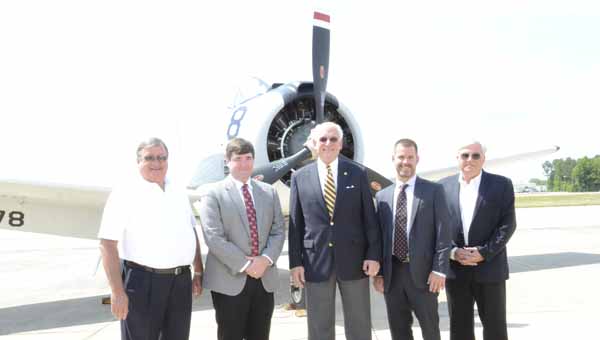 Ben Fouts owner of Mauna Loa Helicopters, searched for a university to partner with for a new aviation program for four years. The search brought him from Hawaii, to the west coast and throughout the United States. It wasn’t until he came to Troy, that he said he found the right fit.
His partner, Kim McCabe, a 1976 Troy University graduate, led Fouts to Pike County.
“Coming here, we found the leadership, not only from the university, but from the community,” he said. “Mayor (Jason) Reeves and Mr. (Kenny) Campbell are key components of this.”
Reeves said he was excited about the new venture because it would have an impact on high school and university students. The financial impact on the county would also be significant.
“Just being the only one in this state will put us in a competitive position,” he said. “Anything that makes us unique is important. And this program is unique.”
State Representative Alan Booth said Pike County could expect an economic boost from the aviation program. “I don’t know the numbers, but from the tax on the fuel to the meals the students will be eating, there will certainly be an economic boost to Pike County.”
Trojan Aviation will be a joint venture between Mauna Loa Helicopters and the university that will offer a two-year associates degree or a minor in aviation operations.
The university will also team up with Enterprise-Ozark Community College’s Aviation Center to offer the program through Troy’s chemistry/physics department.
Because of the collaborations, the estimated annual cost of the program for the university is nothing.
Fouts said he would be investing millions of dollars in aircraft to start the program.
A minimum of 40 students are expected to initially enroll in the minor in aviation operations program. Once the initial class completes the program in two years, Chancellor Jack Hawkins, Jr. said the school would expand the program to offer a four-year degree.
“What we don’t want to be guilty of is putting a glass ceiling on anyone’s growth,” he said. “We want to be able to grow with them. Troy University is known as an enterprising university as well as an international one.”
A Hawaii campus could also be in Troy University’s future.
“It’ll happen as soon as the student demand justifies it,” said Hawkins. “And we believe, in the long-term, Hawaii will be a great location.”
With this new aviation program, Hawkins said the school would start out by offering online programs in Hawaii.
McCabe will run the Troy operations. He said the demand for the program already exists.
“We have 150 people on a waiting list right now,” he said. “We’ll develop this with 100 students in Hawaii and 100 students at Troy.
“I can see this going international and having 300 students.”
Long before it reaches 300 students, McCabe said the program would have a significant impact on Pike County’s economy. Students will live and shop in Pike County and the operation will use plenty of fuel to train them.  “With a ratio of one airplane and one instructor to every student, it’ll impact not only tuitions, but rental properties and leases,” he said.
The program will offer three concentrations. Students can choose a helicopter flight training emphasis, one in airplane flight training or one in unmanned aerial systems.
So far, the helicopter flight training emphasis is appealing to veterans who will take the courses in Hawaii. Troy’s program has appealed to students interested in becoming commercial airplane pilots and certified flight-training instructors. Students who complete one of the flight-training emphases will be able to earn a private pilot certificate. Students will also have the opportunity to obtain private and commerical licensure. 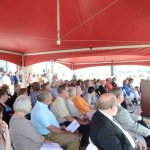 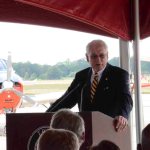 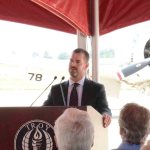 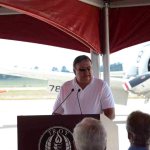 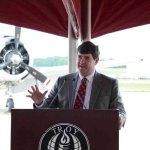