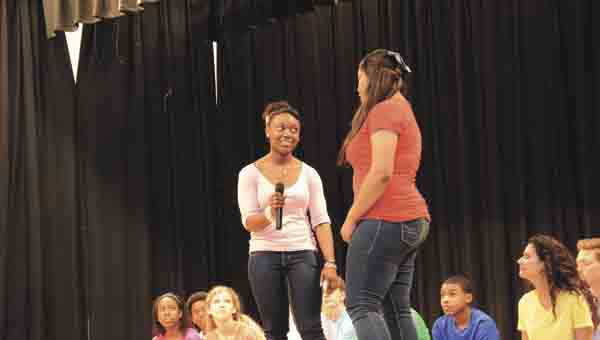 What started out as a simple assignment for Charles Henderson High School theater III students became a lesson on anti-bullying for students at Troy Elementary School and Pike Liberal Arts School.
A dozen members of the CHHS Drama Club shared three skits that approached different forms of bullying that students face these days.
There was a girl who was teased on her Facebook page after posting a photo of herself in a swimsuit. Three boys teased a friend on his Twitter feed and a second girl had an embarrassing video posted online.
“We individually wrote the skits that we were in. It was an assignment given in class,” said Alex McLendon, a junior at CHHS.
Students spent about two weeks writing the skits and another two weeks rehearsing them.
“It wasn’t originally going to be taken to schools, but after we saw what was going on in schools, we decided that we would,” said Amber Lee, a junior.
The drama club has a production coming up. They will perform in the musical “Grease” and plan to perform some of it at Troy Fest and at local schools.
To learn more about bringing the club to a school or event, call 566-3510. 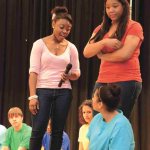 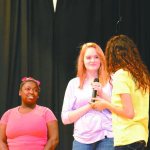