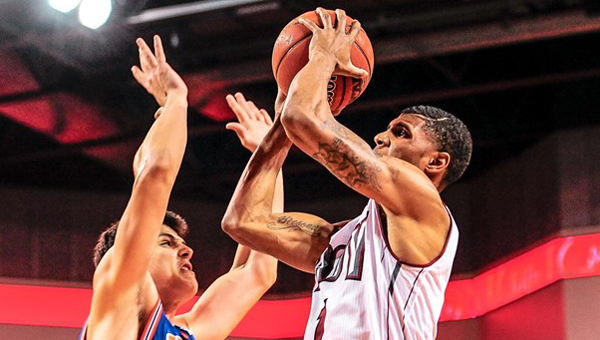 Troy entered Thursday’s game against Texas-Arlington with visions of beads, Bourbon Street and post-season basketball, however the Trojans’ tourney aspirations were put on ice for at least 48 hours.

The Mavericks and Trojans traded the lead all night, but UTA went ahead for good on a Reger Dowell three pointer with 1:19 to go in the second overtime period.

Troy pulled back within one with a free throw from Jeff Mullahey on the next possession, but Dowell would answer the call one more time.

Dowell pulled up and nailed a jump shot with 47 seconds to go to give the Mavs a three-point lead.

A Troy miss and Arlington rebound turned the game in to a free-throw contest, with Troy coming up on the short end of the stick down the stretch.

“It’s a hard one to swallow,” said Troy head coach Phil Cunningham. “I know every coach is saying it, but those guys deserve to be in New Orleans. We had our chance to get there tonight, and we didn’t finish it off.”

Troy led 49-44 with 14:13 to go in the second half, but saw Texas-Arlington rip off 19 straight points over the next eight-plus minutes to take the lead.

However, the Trojans would claw their way back in the ball game down the stretch.

Antoine Myers dropped 11 points, all on free throws or drives to the basket, over the next four minutes to tie the game at 67.

Cunningham didn’t tell Myers to take over the game. It just came naturally.

“We were just shooting too many jump shots,” said Myers. “I just figured I needed to get in there and create shot for myself and my teammates. It just came down to where I was creating shots for myself.”

Despite the loss, Cunningham liked the grit and toughness he saw from his team during the second-half run.

“Our guys fought back and they never gave up,” said Cunningham. “I think everyone in the arena gave up on them, and I don’t blame a fan if he or she did give up on them, but they refused to give up. That has to carry us over to Saturday night.”

Losses by both Troy and Texas State on Saturday sets up a winner-take-all game for the No. 8 seed in the Sun Belt Conference Tournament.

The Trojans and Bobcats are set for a 7:30 tip from Trojan Arena on Saturday.

Williams firmly believes he and his teammates are ready for Saturday’s must-win contest.

“In conference, games come pretty fast and you have to move on to the next one,” said Williams. “I know everyone in the locker room is focused for the next game. They know what we have to do. We are ready.”