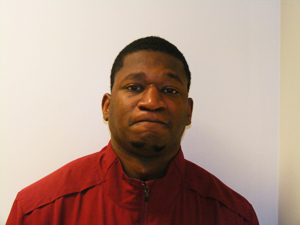 Dimitri Miles, a walk-on football player from Troy University, has been charged with murder

A 21-year-old Troy University walk-on football player from Lafayette, Ga., has been charged with murder in an early Sunday morning shooting on South Brundidge Street.

Troy Police, along with assistance from the 12th Judicial District Attorney’s Office, arrested Miles late Sunday afternoon He is charged in the shooting death of Marquise Jermaine McLendon, 26, of Troy.

McLendon was shot about 7:55 a.m. in an apartment at Trojan Crossing in the 400 block of South Brundidge Street. According to police, McLendon was not a resident of the apartment and its tenants were out of town at the time of the shooting.

“First and foremost, anytime there is a loss of life it is tragic event and our thoughts and prayers go out to the victim and his family,” said John Hartwell, athletic director for Troy University.  “Dimitri Miles was a walk-on student-athlete on our football team who was academically ineligible to compete in competition this past season, but practiced as a member of the scout team. His association with our football team and the Troy Athletic Department has been terminated as a result of these charges which are associated with an incident that occurred off campus.”

Troy University Dean of Students Herbert Reeves said Miles had been “immediately suspended” until the charges are settled.

Police were called to an apartment building at approximately 7:55 a.m. Sunday. Once there, they found McLendon, who was transported to Troy Regional Medical Center where he was pronounced dead According to police, no one else was injured in the shooting.