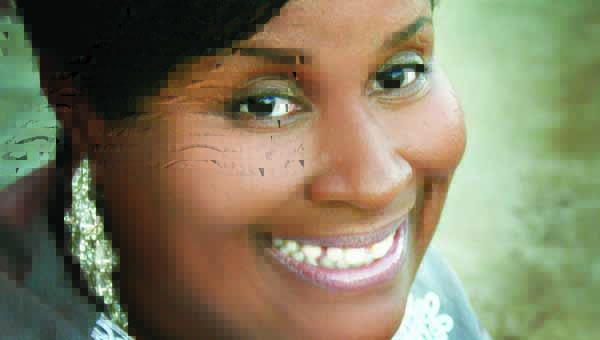 The Troy Arts Council will present Shelia Jackson and Friends Holiday Concert at 7 p.m. Friday at the Claudia Crosby Theater on the campus of Troy University.

Tickets for Jackson’s annual Holiday Concert are $10 and will available at the door.

“Shelia’s holiday concert is one of the most popular events on the Troy Arts Council’s calendar each year,” said Dr. William Denison, TAC president. “Sheila is a terrific singer and performer. For the Holiday Concert, she surrounds herself with some of the area’s most talented singers, musicians and dancers. We can guarantee a great concert.”

The Shelia Jackson and Friends Holiday Concert is actually two concerts in one. The first half of the concert features a potpourri of Broadway, jazz, country and pop music. After intermission, the audience will be treated to secular and sacred Christmas music.

“Many of the those who have performed in the Holiday Concert in previous years will be back – Christine Barron, Dorsey Fayson and Carnell Barron, who all have incredible voices,” Jackson said. “Marge Simmons of Enterprise will be back by popular demand. She’s a real talent. And, of course, Henry Everett and the band and Dr. John Jinright on piano. There will be about 20 guest performers and they are all fantastic.”

Jackson’s son, Patrick Jackson, will accompany his mom on the saxophone and the Trojan Chorus will join Jackson on a couple of songs. “The Children’s Chorus is made up of young people from Troy and it’s a joy to sing with them,” Jackson said.

Jackson likes to keep most of the performance under wraps until the curtain goes up.

But she did say that the Christmas concert will be very special.

“Jana Grice will play violin with me on one piece,” Jackson said.

“The Troy University Dance Repertory Ensemble will add a different dimension to the concert. And, I am very honored to have the Carver High School Choir as part of the program.”

The Carver choir, under the direction of Henry Terry, will sing with Jackson on two Christmas favorites, “Mary Had a Baby” and “O Holy Night.”

The Shelia Jackson and Friends Holiday Concert will close in a spectacular way. Only those in attendance will have the opportunity to experience the magic of the moment.

The Shelia Jackson concert is supported by the Alabama State Council on the Arts and the Troy University College of Communication and Fine Arts.

Dem White Boyz could be coming to the small screen soon

Dem White Boyz are going away – up, up and away. Baylor Barnes, John Stephen Grice and Cole Labrant “twerked”... read more