A Troy man has been arrested for nine felonies after police found evidence he attempted to solicit a child by computer. 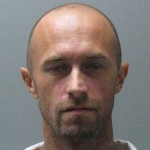 Major Wilbur Singleton, 32, was charged with possession of a controlled substance, possession of drug paraphernalia, second-degree possession of marijuana, enticing a child, three counts of child solicitation by computer, four counts of transmitting obscene material to a child and possession of obscene matter of a person under the age of 17, according to information released by Troy Police Chief Jimmy Ennis.

The Pike County Sheriff’s Office also planned to charge Singleton on Friday with failure to register as a sex offender.

On Aug. 18, Singleton contacted a minor female using social media in an attempt to meet the victim in order to have sexual contact, according to police. TPD officers made contact with Singleton at a home on Pocosin Road on Aug. 19 at about 1 a.m. Officers found he was in possession of methamphetamine, marijuana and drug paraphernalia. Singleton was placed under arrest at that time on drug charges. He was transported to the Troy City Jail for processing and then moved to the Pike County Jail on an $8,500 bond.

Probation and Parole placed a hold on Singleton at the jail.

Police detectives continued to investigate the initial report of enticing a child and located two more victims who then filed police reports. Those two victims had also been contacted by Singleton on social media sites via computer, police reported.

Detectives obtained warrants for child solicitation by computer and transmitting obscene material to a child based on reports filed by the last two victims. Singleton was also found to be in possession of obscene matter of a person under 17.

These warrants were served on Singleton while being held in the Pike County Jail on Aug. 22. His total bond for all charges has been set at $225,000.

The case is still under investigation by the Troy Police Department.