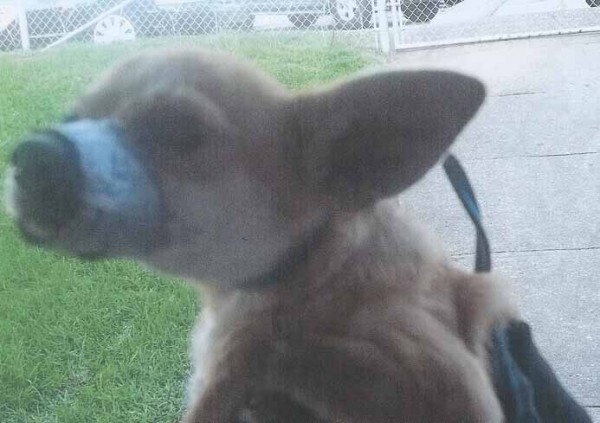 This dog was found Thursday night, his mouth and paws bound with duct tape, tied up with an electrical cord in the old Ebenezer schoolhouse.

The Pike County Sheriff’s Office doesn’t only protect humans, the department is also prepared to help four legged members of the community.

Thursday at about 6 p.m., deputies found and rescued three dogs that were tied up in the abandoned Ebenezer schoolhouse. The dogs had duct tape over their mouths and their paws were also bound with duct tape. Two of the dogs were tied to pipes under a kitchen sink with an electrical cord and the third dog was found tied to a fixture in another room with an electrical cord.

“When you see a case like that, you know that it is more than just some kind of prank,” said Pike County Sheriff Russell Thomas. “It just makes you wonder what state of mind a person is in to do something like that, and what they might do next.” 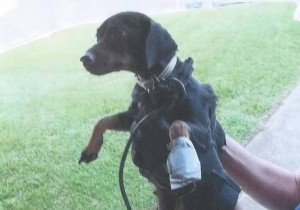 This dog was found Thursday night, his mouth and paws bound with duct tape, tied up with an electrical cord in the old Ebenezer schoolhouse.

Thomas said investigators have identified a suspect in the case and are familiar with him. Because of the suspect’s mental state, Thomas said the Sheriff’s Office is working with East Central Mental Health to come up with a way to handle the suspect.

Thomas said the dogs – one a possible lab mix, one that appeared similar to a chihuahua and one that looked similar to a dachshund – seemed to be in relatively good health and weren’t dehydrated. He said he believes the dogs were bound for less than 24-hours.

“They didn’t appear to be hurt,” Thomas said. “We carried them to the pound where they could be evaluated and given food and water and care.”

Thomas said he believes the department has identified owners of two of the dogs. As of Friday, he wasn’t sure if the dogs would be returned to their owners, or kept at the pound for later adoption.

Thomas said the Sheriff’s Office received a call about animals possibly trapped inside the schoolhouse and were able to save the dogs because of that tip.

“If you see something that is out of order, or a concern to our citizens, we want you to call us,” Thomas said.

The young men in Polly Laird’s fourth- and fifth-grade class wrote down some of their dreams to share with the... read more