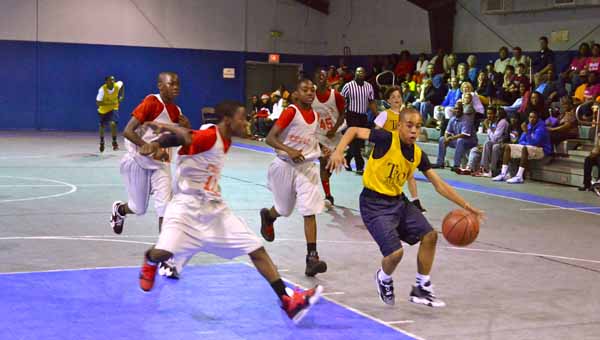 The 12-and-under boys basketball team finished runner-up in the district tournament over the weekend. (Photo/Debi Green)

Two of those teams earned the opportunity of competing in the state tournament next weekend in Gadsden.

The 12-and-under boys team finished in the runner-up spot of their regional but were also invited to the state tournament.

Justin Cope, head coach of the team, said that he is proud of the effort his team showed.

“We came out of the gates a little slower than I would have liked,” said Cope. “But we played to the best of our ability, and made it to the championship game. We came out on the short end of that one, but were invited anyway. They have a lot to be proud of.”

The 10-and-under team was unable to make it to the championship game, against the stout field of Enterprise, Greenville, Opp, Geneva and Andalusia.

The state tournament in Gadsden kicks of on March 8 and runs the entire weekend.

One of Troy University’s greatest sports fans passed away early Monday morning. E.C. Oswald will be remembered as a dedicated... read more