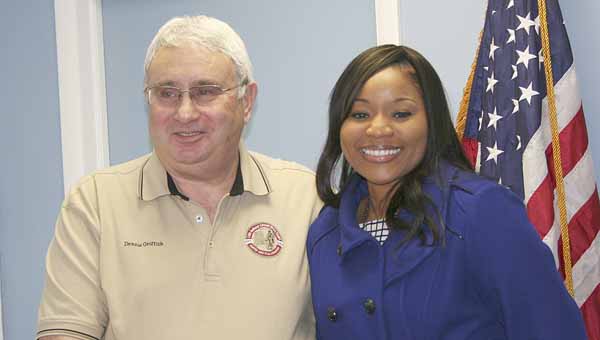 The Troy Exchange Club welcomed Lois Finlay, Troy Sav-A-Life director, and Camille Downing, Pike Regional Child Advocacy Center director, to its Thursday meeting and presented checks in the amount of $1,500 to each organization.

Finlay and Downing spoke to the Exchange Club members about their organizations and the roles they play in the Pike County community.

Finlay told the Exchange Club members that as many as 7,000 to 10,000 babies are murdered each day in the United States through surgical and chemical abortions.

“We, as Christians, have dropped the ball and are allowing this to happen,” she said. “And although the number of abortion clinics is half what it was 20 years ago, abortion clinics are not needed because of chemical abortions. Planned parenthood is growing because it has money.” 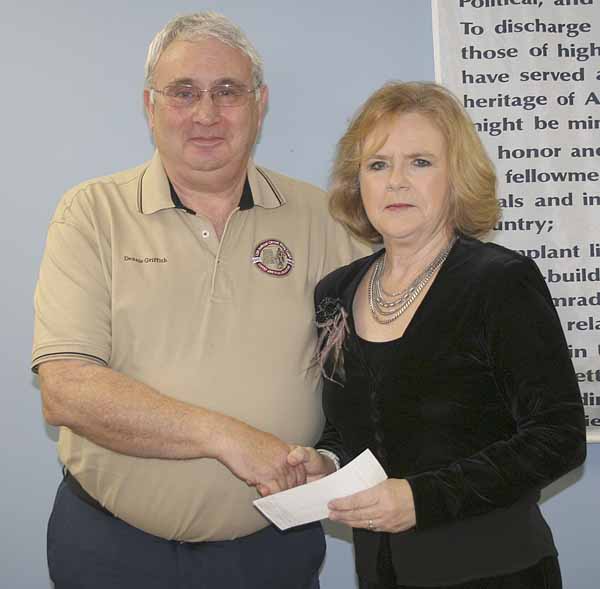 Finlay said Sav-A-Life in Troy recorded 2,230 visits in the past year. The visits included pregnancy tests, ultra sounds, classes, and Bible studies. The ages of those who sought the services of Sav-A-Life ranged from 13 to 49, with 10 percent of the clients ages 13 to18 and 37 percent were college students.

Downing told the Exchange Club members that child abuse is on the increase, even here is Pike County.

“In 2011, the CAC had 137 active interviews and in 2012 we had 155,” she said. “And, that’s just the number that was reported. We don’t know how many incidents of child abuse and neglect go unreported because people just don’t want to get involved.

“We encourage people to report any suspected cases of child abuse or neglect. You may be wrong but then, again, you might save a child. So, we say, ‘report, report, report.’’

Downing said local CAC funding was cut 12.5 percent in 2012 and more cuts are expected this year.

She joined Finlay in expressing appreciation to the Exchange Club members for their generous donation.

“Without y’all, there would be no us,” she said.