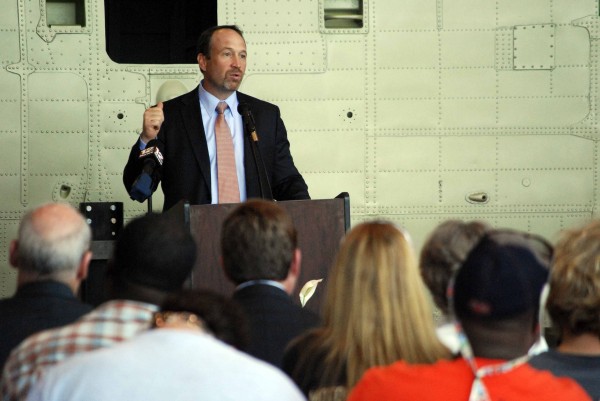 For almost eight years, Sikorsky Aircraft’s Troy Operations has focused on creating new equipment for use in some of the U.S. military’s most important missions. Now, the aircraft company is shifting gears to make old helicopters modern and relevant for the Department of State.

Sikorsky unveiled the first structurally modernized S-61T airframe at the company’s Troy facility Wednesday morning. The 45-year-old helicopter had been retired in 1995 and was sitting in the desert at Davis-Monthan Air Force Base near Tucson, Ariz.

“When the aircraft leaves here, it’s actually a stronger aircraft than it was when initially produced,” said Troy Operations General Manager Jason Lambert. “So that’s an exciting service offering.”

The Troy facility employs more than 640 people and 100 of those workers are now dedicated to stripping the S-61T airframes down, repairing any damage and enhancing survivability and force protection through modern methods.

CLICK HERE TO WATCH A VIDEO FROM THE EVENT.

Sikorsky reports that the overhaul creates an aircraft with improved safety and a 15 percent greater performance with a lower operating cost. Sikorsky has a contract with the Department of State to modernize up to 110 aircraft and that means more than $1 billion for the company.

In the helicopter’s current configuration, it can hold 15 people and is considered to be multi-use. Johnson said after Troy technicians finish their work, the S-61T’s will make a stop at Carson Helicopters in Pennsylvania to become flight ready. Then they’ll be put back into service as diplomatic vehicles by the Department of State to transport dignitaries and personnel in places such as Afghanistan. Some helicopters may be used for cargo transport missions.

Whatever the use, seeing helicopters in the air after a stop at the Troy facility is something employees are proud of.

“It’s awesome,” said William Nails, a five-year senior technician with Sikorsky Troy Operations. “Just to see them fly and know it’s something we did.” 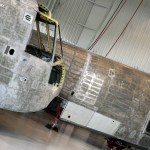 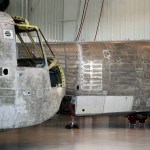 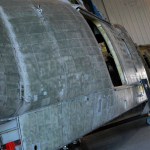 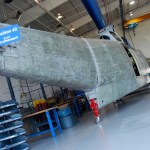 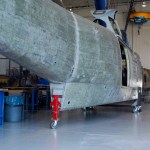 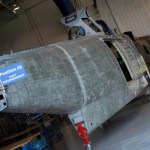 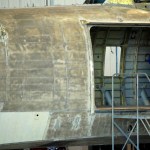 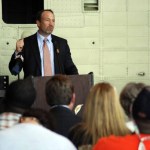 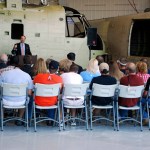