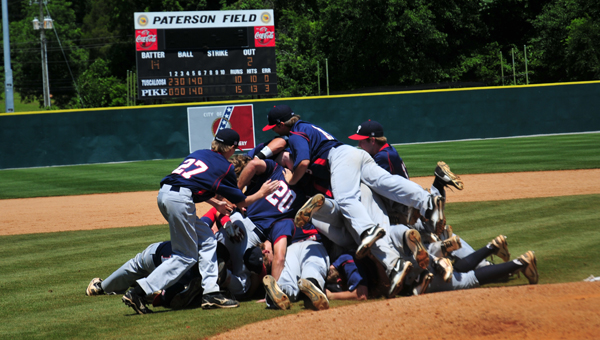 MONTGOMERY – Pike Liberal Arts claimed the AISA Class AAA baseball state championship with a comeback that will go down as one of the greatest in the league’s history.

Trailing 10-1, the Patriots scored 14 runs in the fifth inning to take a 15-10 lead that would stand to not only give Pike the game and the best-of-three series victory but also hand the school its first ever state championship in baseball.

The fifth inning of Game 3 will arguably stand as part of Pike and AISA lore for years to come.

“It is unbelievable,” an emotional Butch Austin said. “To win the way this team did is just unbelievable.”

Chandler Avant led off the fifth with a solo home run. What seemed meaningless at the time turned out to be the spark that ignited an offensive engine primed for full throttle acceleration. 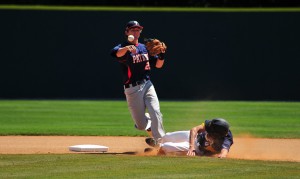 Taytom Barnes makes a throw to first base (Photo/Tyler Myers)

The Patriots (31-6) would pound out seven hits off of four different Tuscaloosa pitchers. Pike also sent 19 batters to the plate in the inning with Avant coming to the dish three times.

“You could watch baseball games from now until you’re 90 years old and never see that again,” Austin said. “To be a part of that and be a part of this team is special.”

It was especially unique for Pike’s head coach of 17 years. As a coach, Austin has reached both the AHSAA and AISA state title game a combined seven times, this being his first championship victory.

Austin was an assistant coach at Charles Henderson under Mike Hogan from 1977-1989 before making the jump to Pike in 1993.

Pike Liberal Arts reached the AISA state championship game in 1997 but lost on a walk-off home run in the bottom of the seventh inning. The Patriots returned to the final round in 2010 and 2011 but fell to Glenwood both times.

“It’s a good feeling,” Austin said. “It’s something that can never be taken away from these kids.” 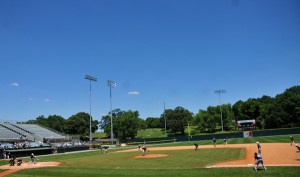 Tuscaloosa built a 10-1 lead over the first 4 1/2 innings scoring two in the first, three in the second, one in the fourth, and four in the top of the fifth.

“The seniors got together and told the team that it wasn’t over until the last out,” senior catcher Blake Floyd said. “We were a little down in the dugout but (Avant’s) home run helped because hitting is contagious.”

If hitting is contagious, Avant’s solo blast in the fifth started an infectious outbreak.

Avant was named Most Valuable Player after the game for his 7-for-11, seven RBI performance in the series.

“It feels good to be the top team in the state and know that you won a state championship,” Avant said. “It was frustrating because their pitcher kept us off balance. On the home run, I just tried to stay down on something and start a rally.” 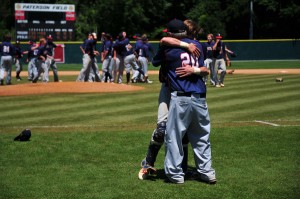 Josh Starling would get the start on the mound but would be relieved with no outs in the second after allowing five runs.

“It was actually the most calm I’ve ever been after a start like that,” he said. “This team hadn’t given up all year and I knew we were going to stay in it.”

Despite the outing on the mound, Starling was 2-for-3 at the plate in the final game.

Reid Dickey recorded the final two outs in the top of the fifth to pick up the win.

Lawson Stewart tossed the sixth and seventh to close the door on the Knights.

And the player who caught the final out – a fly ball to right field. Dustin Newman would take that honor.

“I was just making sure I caught it with two hands,” Newman said. “After that, I just looked at it.”