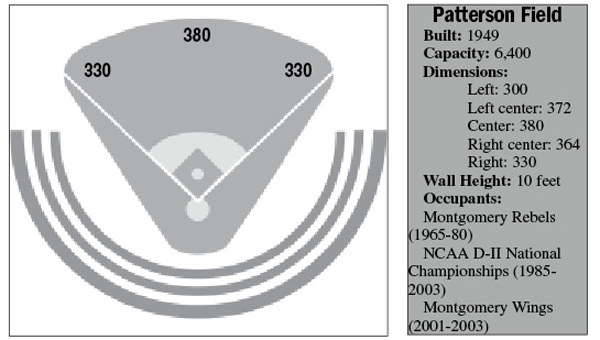 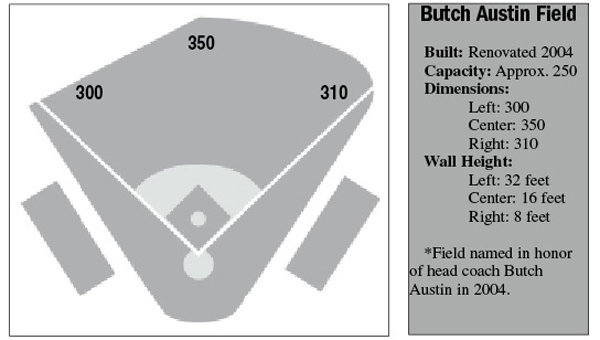 Teams that have relied on the long ball might find it difficult to duplicate those results at cavernous Patterson Field.

After blasting 52 home runs as a team last season, the Patriots hit two in the first game of the Alabama Independent School Association championship series against Glenwood School. Pike would fail to hit anything solid enough to reach the wall in the final two games.

This year’s team is built differently, however. Partly due to the change in bat requirement made before the season and partly due to personnel but the 2012 Patriots seem better equipped for a big game, on the big stage, on a big field.

Patterson Field’s dimensions are that of an average sized major league park. 330 feet down each line and 380 feet to straight away center field, which is something that should benefit Patriot pitchers more than Tuscaloosa’s offense that has produced just seven home runs all season – with Clay Thomas claiming three of them.

“Our outfielders have done a great job all year running down balls,” pitcher and third baseman Josh Starling said. “Any pitcher likes a big park but I think it will help us.”

With the changes to the bats and the reduction in power number across the board – Pike hit just 21 long balls during the regular season – the Patriots have become more of a line drive, gap doubles type team.

“Someone’s really going to have to get a hold of one to get it out of that ballpark,” Blake Floyd said. “Our team has done a great job on finding the gaps all year.”

Pike has slugged 53 doubles this season, an average of 1.5 per game, on a field that is a generous 300 feet down the left field line. Tuscaloosa has hit just 40 two-baggers on the season.

One of Pike’s biggest home runs threats, Nick McLaughlin, doesn’t think about home runs. One reason is that his opportunities have been limited this season.

After a 16-homer season last year, McLaughlin has tagged just three this season. Pitchers are throwing him nearly 80 percent breaking balls and the fastballs he does see are well out of the strike zone.

“I expect to see mostly all off-speed pitches,” McLaughlin said. “Their pitchers throw a lot of off-speed stuff anyway so that approach will help especially against Tuscaloosa.”

Despite a drop in the power numbers, McLaughlin has been able to hit at a .405 clip this season and lead the team in on-base percentage plus slugging (OPS).

Pike’s pitching staff feels good about playing in a larger park as well.

“I’ll take a bigger park any day,” pitcher and second baseman Lawson Stewart said. “We have a solid defense so if I’m on the mound, I want the bigger field.”

Pike Liberal Arts will take on Tuscalooa Academy in a best-of-three series beginning at 10a.m. An ‘if-necessary’ game is scheduled for Thursday should the teams split.

Admission is $7 for adults and $5 for students.