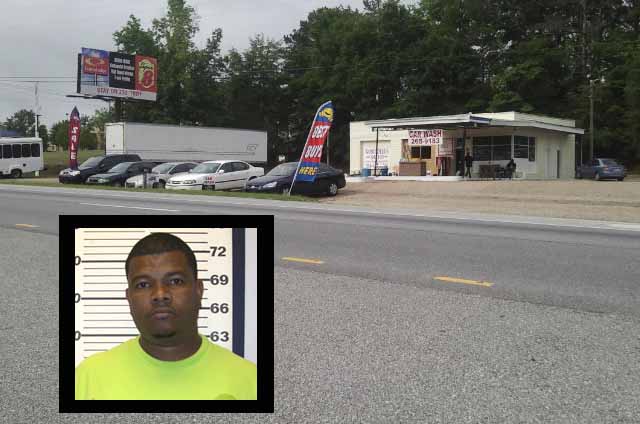 Andre Lamon Ellis, III was arrested at his business at 208 U.S. Hwy. 231 in connection with two rapes that happened at Hunter's Mountain Mobile Estates on March 26. Ellis owned Good Deeds Auto Detailing but might be better known for his previous business, Mr. Shine.

For years he was known as auto detailer Mr. Shine, but now he’ll be referred to as the man accused of raping two women and sending the Troy community into a state of concern.

Troy Police arrested Andre Lamon Ellis, III, 35, in connection with two sexual assaults that took place at Hunter’s Mountain Mobile Estates on March 26. Police said Ellis lives in Hunter’s Mountain and was picked up at his business, Good Deeds Auto Detailing, about 9:30 Wednesday night. He has been charged with two counts of first-degree rape and one count of second-degree burglary.

Good Deeds is located at 208 U.S. Hwy. 231, less than a mile north of Hunter’s Mountain Parkway. City records show that Ellis has had a business license in Troy for more than four years and operates out of the old Precision Auto and Transmission location. Ellis formerly worked under the business name Mr. Shine in other parts of the city.

Ellis is now being held in the Pike County Jail, according to Police Chief Jimmy Ennis. On his way to the jail, Ellis addressed the media present. “The City of Troy has made a great mistake,” Ellis said.

Ennis’ response, “Absolutely not. I am very, very confident.” 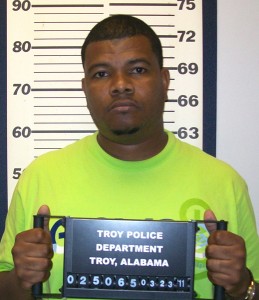 Lawmen had considered the sexual assault cases “a top priority,” Ennis said. Police were working around-the-clock patrols in Hunter’s Mountain and were redoubling investigative efforts. On Wednesday, only one day before the one-month anniversary of the attacks, detectives refocused the investigation, Ennis told The Messenger.

“(Wednesday) morning we decided to go back to the very beginning and start all over — to take each step along the way and see where it will lead us,” Ennis said. During the course of the day, new information arose.

The first rape, which involved at Troy University student, took place at approximately 3 p.m. on March 26. The victim told police her attacker had forced his way into her home. She reported the attack to police approximately 11:30 p.m. that day and was hospitalized after the attack.

The second assault occurred at approximately 7 p.m. on March 26 and was not reported to police until March 31, when the victim went to a local hospital. The second victim told police she was attacked while outside a family residence in the neighborhood.

Even though the crimes happened off campus, university students have been on edge since the incidents.

“It’s nice to know the person suspected of doing this is no longer out there,” said 19-year-old Danielle Percival. “It’s a thought that is always in the back of your mind because of the uncertainty. You always wonder who someone is and where they are.”

Justin McNelley, 20, said that even though the sexual attacks happened to females, those crimes combined with an armed-robbery on campus about the same time made him more alert.

“It really worried me,” McNelley said. “Knowing that someone was out there, hurting people that could just as easily have been my friends.”

McNelley said he found out Wednesday night via text message from a friend that the suspected rapist had been caught.

“I felt relieved,” he said. “Knowing that I, and my friends, could go out at night without worrying about him.”

Twenty-one year student Ericka Childree said that, before the attacks, she loved to walk and run on campus.

“It really did bother me,” Childree confided. “It might not have happened on campus, but it could move to campus.”

Childree said she’d changed her routine and tried not to do anything alone any longer.

Although the community is now expressing thoughts of relief and comfort, Percival said she hopes no one lets their guard down too much.

“Just because the person suspected of doing this has been caught, that doesn’t mean we should be less cautious or less aware of our surroundings,” Percival said. “This isn’t the only bad guy out there.”

Ellis is being held on $200,000 bonds for each rape charge and $50,000 for one count of burglary. He is also charged with Failure to Appear for a prior theft and there is no bond on that charge.

Stacy Graning contributed to this story.

SEE MORE RECENT MUG SHOTS  OF ELLIS AND AN ARTIST’S SUSPECT SKETCH BASED ON VICTIMS’ DESCRIPTIONS BELOW. 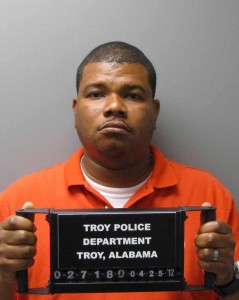 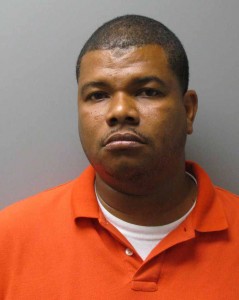 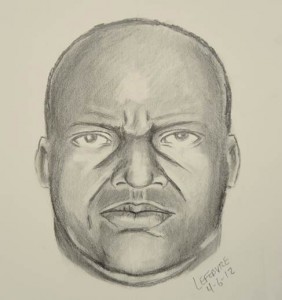 A mother’s love knows no bounds as two donkeys…