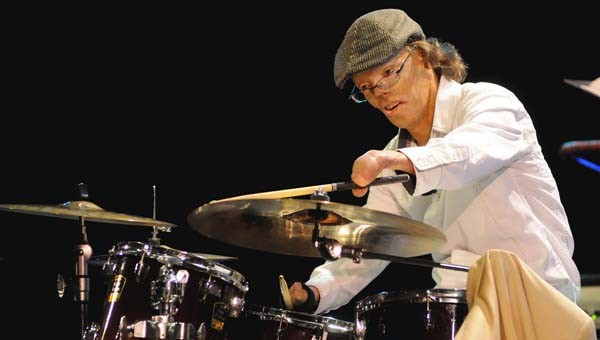 The greatest achievement of Dan Caro’s life is tying his shoe.

“Seven years and I was the only one there to celebrate it,” Caro told those who attended the Seventeenth Annual Helen Keller Lecture at Troy University Wednesday. “I felt like Superman. If I could tie my shoes with no fingers and no thumbs, I could do anything. Everything was possible. What a glorious day that was.”

At age 32, Caro is living his life with an attitude of gratitude.

“I wake up every day full of gratitude and thankfulness,” he said. “I should be happy because I’m alive. I’m grateful for the opportunity of life because I should be dead. I’m physically scarred but I have a big smile on my face.”

Caro told of that day when he “exited from life.”

He was only two years old when he wandered into the garage to get his favorite toy, a little red wagon, and knocked over a gas container. The pilot light on the water heater ignited the gas. The explosion trapped young Caro.

A neighbor heard his mother’s screams and called a rescue unit.

“I was lying there in the burning garage in the fetal position cooking like meat in an oven,” Caro said. “I was rushed to New Orleans Charity Hospital where expectations were that I would not last 72 hours. I expired three times. All hope was lost.

“But then a miracle took place.”

The doctors were not willing to give the little boy up. They suggested that his parents talk to a man who was waiting in the wings. A Shriner.

“He said that the Shriners would fly me free of charge to their burn hospital in Boston and I would have unlimited care,” Caro said. In only four hours, I was in Boston and almost immediately began to improve.”

The journey before Caro was a long, painful one. By the time he was 18 years old, he had undergone 80 surgeries and spent about five years of his life in hospitals.

“I couldn’t change what happened to me but I could accept it,” he said. “I had to look at adversity as opportunity, a setback as a setup. But there was a lineup waiting to tell me that I couldn’t do it. People looked at me like I was a monster. They avoided me like I had the plague, like I had a terrible disease. But that taught me tolerance.”

Caro said it’s the response to adversity that really counts.

“I found inspiration in adversity,” he said. “You can’t allow judgment to control your life. You have to go inside of your soul to get answers. You have to find your own power.”

Caro said he didn’t care about the opinions of others. He would not pity himself.

“There was a world out there and I wanted to live it,” he said. “I could have gone into a closet and curled up in the fetal position and let the world go by. But I was like a little dog that doesn’t know he’s little.

“I was not disabled, I was dif-abled. I was different – a lot different. I was not like classical music that is written and organized. I was like jazz – just a couple of notes on a page. Improvisation is how life works.”

Life worked to bring realization to Caro that material possessions mean nothing.

When Hurricane Katrina hit his native home of New Orleans, Caro, who was pursuing a career as a professional drummer, left with nothing but a change of clothes and his beloved dog, Dixie. He left behind drum sets with a total value of around $60,000.

Caro let go of his ego and turned his thoughts to service to others.

“The Shriners’ had given themselves to me,” he said. “I was the beneficiary of their caring and I wanted to give something back. When you take, you should always flip it back. Put it back in the pot. Once you start to live a life of service, your life will blow up and you’ll start feeling elation all the time. Have an attitude of gratitude. Be happy with who you are and where you are. You are your value.”