Arrests made in Brundidge vending machine thefts (with surveillance video) 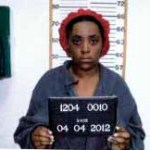 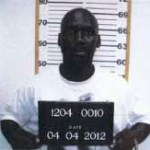 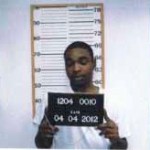 Brundidge Police have arrested three people they think are responsible for two years worth of vandalism and theft regarding vending machines in the area.

“They’ve been creating havoc all over Brundidge for a while,” said Brundidge Police Chief Moses Davenport. “We believe one or more of them are involved in all of the incidents.”

Shortly after 3 a.m., an officer spotted a “suspicious car” in the parking lot of the Piggly Wiggly in Brundidge. The officer made contact with the driver who said that everything was fine and they didn’t need help.

“Out of curiosity, he followed the car,” Davenport said. “Something wasn’t right.”

At about the same time, the officer was notified that a silent alarm at Piggly Wiggly had gone off and he initiated a traffic stop on the vehicle.

“During a preliminary search of the vehicle, officers found money they believed came from the drink machines, drug paraphernalia, marijuana and guns,” Davenport said.

“They had a whole bunch of keys, oodles of those special keys to unlock drink boxes.”

Stanley Garrett, owner of the Piggly Wiggly in Brundidge, said that he’s glad the men are now in the Pike County Jail.

“They hit us four more times besides this,” Garrett said, adding that the men stole between $500 and $600 from the machines in the last two years.

However, the damage to the vending machines cost more than $2,000 in repairs.

After the first two thefts, Garrett said he installed surveillance cameras to try to catch the criminals. One time a partial license plate was visible.

In December 2011, Garrett had a silent alarm installed on the machines in hopes of putting an end to the thefts.