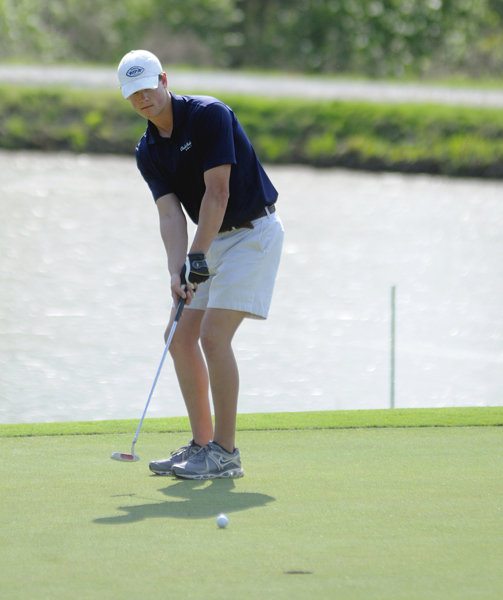 The Trojans finished the day with a combined score of 381, with Andalusia taking the top spot with a 305 and Elba in second with a 373.

“Overall I think we did fine,” Trojans head coach Shelby Tuck said. “We are a very young team and we’re working hard. We’ve got to work on our short game and getting to the putting green so we can get the short holes out of the way. We’ve just got to work hard and keep getting better with every match.”

The top scorers for the Trojans were Joe Bradley and Trace Jackson, who each finished the par 72 course with a 94, and came closest to the top scorer from Andalusia who shot a 73.

Bradley and Jackson were followed up by Carter Roy and Max Lee who each shot a 97, Lindsey Lee and Riley Williamson with a 98, and Cody Stephens with a score of 100.

“We were able to get off the tee box well,” Tuck said. “But our second shots and our approach to the green kind of killed us so we’ll definitely work on that this week.”

The Trojans will go on the road for their next matchup on Thursday, which will be held in Straughn.