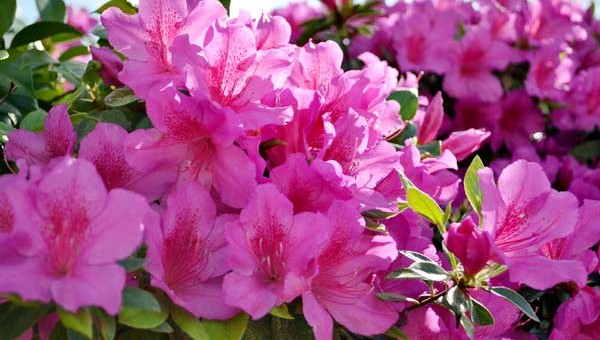 It’s the season of sneezing and wheezing as yellow pollen covers cars and bright flowers bloom in yards all over Pike County.

And, if you suffer from allergies, you aren’t alone.

“Allergies are one of the most common problems doctors see,” said Dr. Wilton McRae, an otolaryngologist in Troy.

McRae said most allergies are seasonal and brought on in the spring by pollen, in the summer by grasses, in the fall by weeds and in the

winter by molds and dust mites in the home.

But, sometimes it is hard to distinguish between allergies and a sinus infection.

“It’s very important to find out what you’re dealing with so it can be treated the right way,” McRae said.

If someone has experienced allergies before and recognizes the symptoms, or if their symptoms aren’t combined with fever and severe headaches, McRae recommends trying an over-the-counter antihistamine, such as Claritin, Allegra or Zyrtec, before scheduling a doctor visit.

“If they are miserable, sneezing their head off and can’t sleep at night, then they should come on in,” McRae said. “Or if the over-the-counter medicine hasn’t worked, they should see a doctor.”

McRae said there isn’t a cure for allergies, but there is relief in the form of pills, nasal sprays and even injections.

“We just take a bad situation and make it better,” McRae said. “But it can get better.”

And four-legged furry family members aren’t immune to seasonal allergies, either. Dr. Steve Barron at Troy Animal Clinic said that half the animals coming into the clinic recently have been suffering from allergies.

“The biggest thing you are going to see with dogs and cats is going to be sneezing,” Barron said.

Barron mentioned another big sign that dogs are suffering from allergies is that they will lick their feet. Antigens get in their feet and caused a localized reaction, he said. Dogs will also lick and bite their stomachs and their ears will be itchy.

“Kitty cats will usually have the same respiratory signs that people do – sneezing, wheezing and coughing,” Barron said, adding that cats might also experience diharrea.

Barron said if an animal is sneezing once or twice a day, they are most likely experiencing an allergic reaction to something. He said to have companion animals examined by a veterinarian to be on the safe side, but many times he is able to suggest an appropriate dose of an over-the-counter antihistamine.

“Allergies are just as common in animals as they are in humans, and the season is already here,” Barron said.

The Art of Chinese Paper Cutting exhibition is open at the Johnson Center for the Arts on East Walnut Street... read more