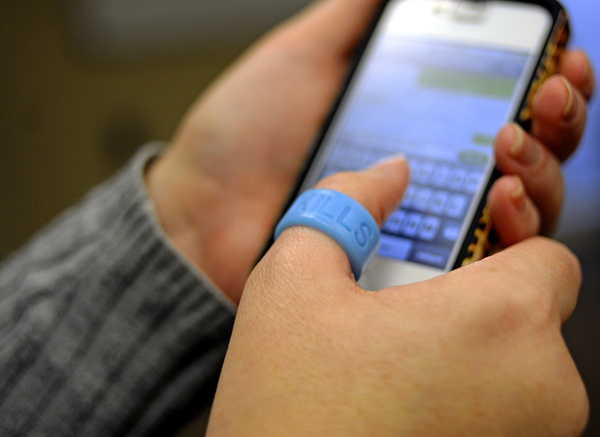 The Pike County Teen Safe Driving Event is extending its efforts to make the highways a safer place for teenagers.

For two years, local teen safe driving advocates have sponsored an event designed to make highway safety “job one” for teenagers. Both years, several hundred teenagers and parents of teens have come together at Cattleman Park to participate in the awareness program designed to help reduced the number of teen-related accidents and deaths.

“Jennifer C. Garrett spearheads the Pike County Teen Safe Driving Event and we have realized that this is a campaign that we need to continue year round,” said Dawn Broderway, a volunteer with the campaign. “So, we are extending the safe driving awareness program to include the risks and dangers invovled with texting and driving.”

The teen safe driving committee is selling thumb bands with the slogans, “Texting Kills” and “Text Free Driver” for $1. The bands come in blue and pink.

The bands are to be worn on the thumb as a reminder of the dangers of texting when driving.

“The campaign is two-fold,” Broderway said. “First, it raises awareness of the dangers of texting and driving and then it raises funds so that our Third Annual Pike County Teen Safe Driving Even can be even bigger and better and, therefore, reach more teens and have the potential to prevent accidents and save lives.”

When a teenager wears a thumb band, he or she is making a visable pledge not to text and drive.

“Car crashes are the number one killer of teens,” Broderway said. “Texting and driving increases the chances of anyone being injured or killed in an auto accident, but especially teenagers because texting among teens is so widespread.

“Writing or reading a text message takes your eyes off the road for an average of 4.6 seconds. At 55 miles per hour, that’s like driving the length of a football field blindfolded. So, those who text while driving are 20 times more likely to be involved in a crash than a non-distracted driver.”

Talking on a cell phone is also distracted driving and reduces the amount of brain activity devoted to driving by 37 percent.

Broderway said the Texting Kills Thumb Bands Campaign is being supported by local businesses and individuals by making the thumb bands available to the public.