Baseball/softball is definitely in full swing. In the past seven days, I have covered seven baseball games and one softball (had another softball rained out) but this is absolutely my favorite time of year.

Troy sets to kick off a five game home stand against UAB, East Carolina and Monmouth.

Unfortunately for the Trojans, one pitcher who will not be tested (at least on the field) is Adam Purdy. The junior rolled his ankle while crossing the street in Daytona Beach and appears to be out for the season.

The Trojans were looking for someone to step up into the Sunday starter’s role and Purdy got the first shot and struggled.

Troy sent redshirt freshman Jeremy McGowan to the mound last Sunday against Bethune-Cookman and he did a fair job but I don’t think he locked anything up.

Chris Fisher, who will start tonight against the Blazers, is still in the mix for the Sunday spot along with McGowen. Head coach Bobby Pierce thinks Thomas Austin would do a good job as a starter but doesn’t want to take him out of the bullpen.

A package plopped on my desk Monday morning unexpectedly. Inside was a book that shocked me when I read the plot.

Award-winning author Paul Volponi’s new book The Final Four matches Troy University with Michigan State in a David vs. Goliath contest to earn a spot in the National Championship Game. 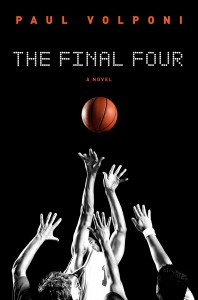 The Final Four by Paul Volponi

The inside cover reads as follows:

Malcolm wants to get into the NBA ASAP.

Roko want to be the pride of his native Croatia.

Crispin want the girl of his dreams.

They have one thing in common: the will to win.

Four guys meet in the court in a key game in the Final Four, college basketball’s answer to the NBA play-offs. As the last heart-stopping moments tick down on the game clock, you’ll learn how each of these players grew from a a kid who loved to shoot hoops into a vital part of the most important games of the year.

Which team will leave the Superdome victorious: the heavily favored Michigan State Spartans, or the underdog Trojans from Troy University? In the end it will come down to which players have the most skill, the most drive, and the most heart.