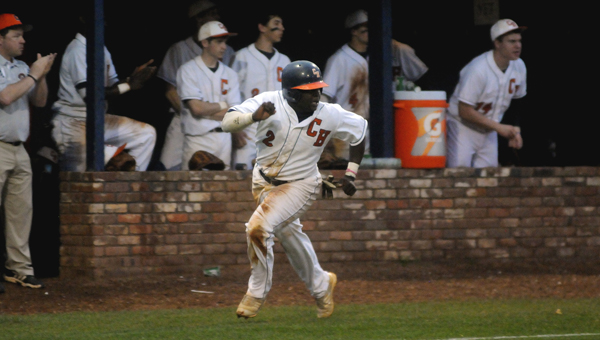 The annual Terry Sikes Memorial Tournament is set to begin today and once again boasts a talented field of participants.

With Charles Henderson playing host, three third round qualifiers from last season are included in the field of 12 clubs.

Baldwin County, Northview (Dothan) and Pinson Valley highlight this year’s contestants. All three advanced to the third round of the 2011 Alabama High School Athletic Association playoffs. Baldwin County moved through the semi-finals before falling in the Class 6A state title game to Huntsville.

The tournament will kick off today at two locations. Dora with face Hazel Green at Troy University’s Riddle-Pace Field while Eufaula and Northview with play at Charles Henderson’s Frazier Field. Both games are scheduled for 4p.m.

The Trojans will begin play at 6p.m. on their home field against Dora. Charles Henderson will return to action on Friday as they face Northridge (2p.m.) and Pinson Valley (6p.m.) both at Frazier Field. The Trojans will round out tournament play at Riddle-Pace on Saturday versus Smiths Station at 2p.m.

Charles Henderson head coach Derek Irons is excited about this year’s field of participants and the quality of competition to be displayed.

“It’s about repetition,” he said. “You want your team to play at a high level consistently and that’s what having a tournament like this does. You get to play a quality team every time out.”

The Trojans are 3-2 heading into the tournament and are coming off a split decision in a doubleheader against Stanhope Elmore on Tuesday.

“We’ll get to learn a lot about ourselves,” Irons said. “This is the time we want to improve with area play coming up. But it’s also fun to play some teams you don’t get to see on a regular basis.”

Charles Henderson plays in one more tournament and has a road trip to Stanhope Elmore before opening area play against Eufaula on March 16.

It’s been a successful season for the Troy Trojans softball team so far, and now they can add in another... read more