Trojans travel to take on Enterprise 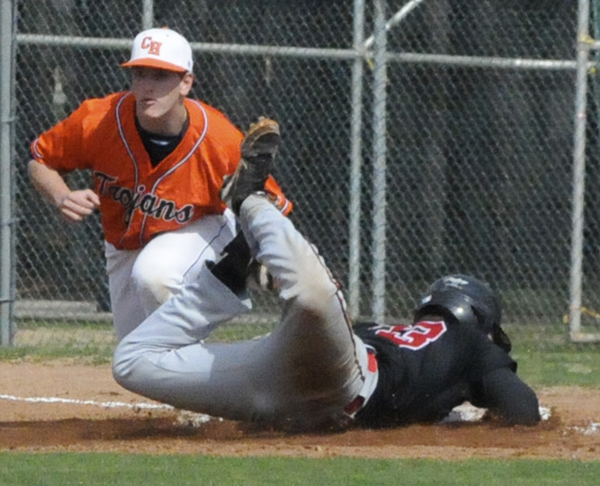 Opening a season with two wins can be a big confidence booster for any baseball team, especially when those wins are on the road.

But despite a strong opening for the Charles Henderson High School Trojans, they still have one more challenge ahead before they can return to their home field: Enterprise High School.

Enterprise dropped its first game against Providence Christian, but earned a close win against Rutherford and is a bit of an uncertainty for the Trojans.

“We really don’t know much about them,” Trojans head coach Derek Irons said. “For these first few weeks its time to worry about us and accomplish our team goals and that’s going to be the focus of Enterprise. We’re just going to play our game and execute as best we can.”

The Trojans have been showing some talent in their ranks this season, particularly in Jalin Lawson, who signed with Central Alabama Community College earlier this month.

Irons sees Lawson as a solid player who has the ability to overcome a slow start this season and be a big presence in the lineup.

“He got off to a slow start but I’m proud of his quality at bat,” Irons said. “We really emphasize that. Just because you don’t have a hit doesn’t mean you don’t have quality at bat, at this point we just want to get guys on base and Jalin and some of the other players have been doing good.”

The Trojans have been working to improve their overall game since their season opener, using the out of area matches to identify flaws with the game plan and improve their strategy.

“We need to work on our situation at bat overall,” Irons said. “We’ve competed very well at the plate but have had some situations where we could have executed better, we’re also working on not getting off to such a slow start in games.”

Although the Trojans have some rough patches to iron out in the coming games, there are some things that Irons has been proud of besides just bringing in wins.

Namely the team’s ability to keep the pace up for an entire seven innings, something that Irons admits they seemed to lack last season.

“I was really impressed with the way we finished game one,” he said. “Last season, we seemed to leave a lot of wins on the table and we’ve been working on finishing entire games. The guys game one well and then came out and played game two so maybe that’s a sign we’re improving.”

The Trojans will travel to play Enterprise on today at 4:30 followed by their first home game of the season against Dothan on Friday.

With two wins under their belt and an improved ability to control the pace of games, the Trojans will have a chance to prove their ability and open the home season with a unblemished record.

“I think the expectation is always to see improvement every game,” Irons said. “Since opening day we’ve been expecting to clean up on defense and play a little better each time. The guys have been playing hard so we just need to keep it up and execute.”

Jones back in starting lineup as Troy looks for momentum